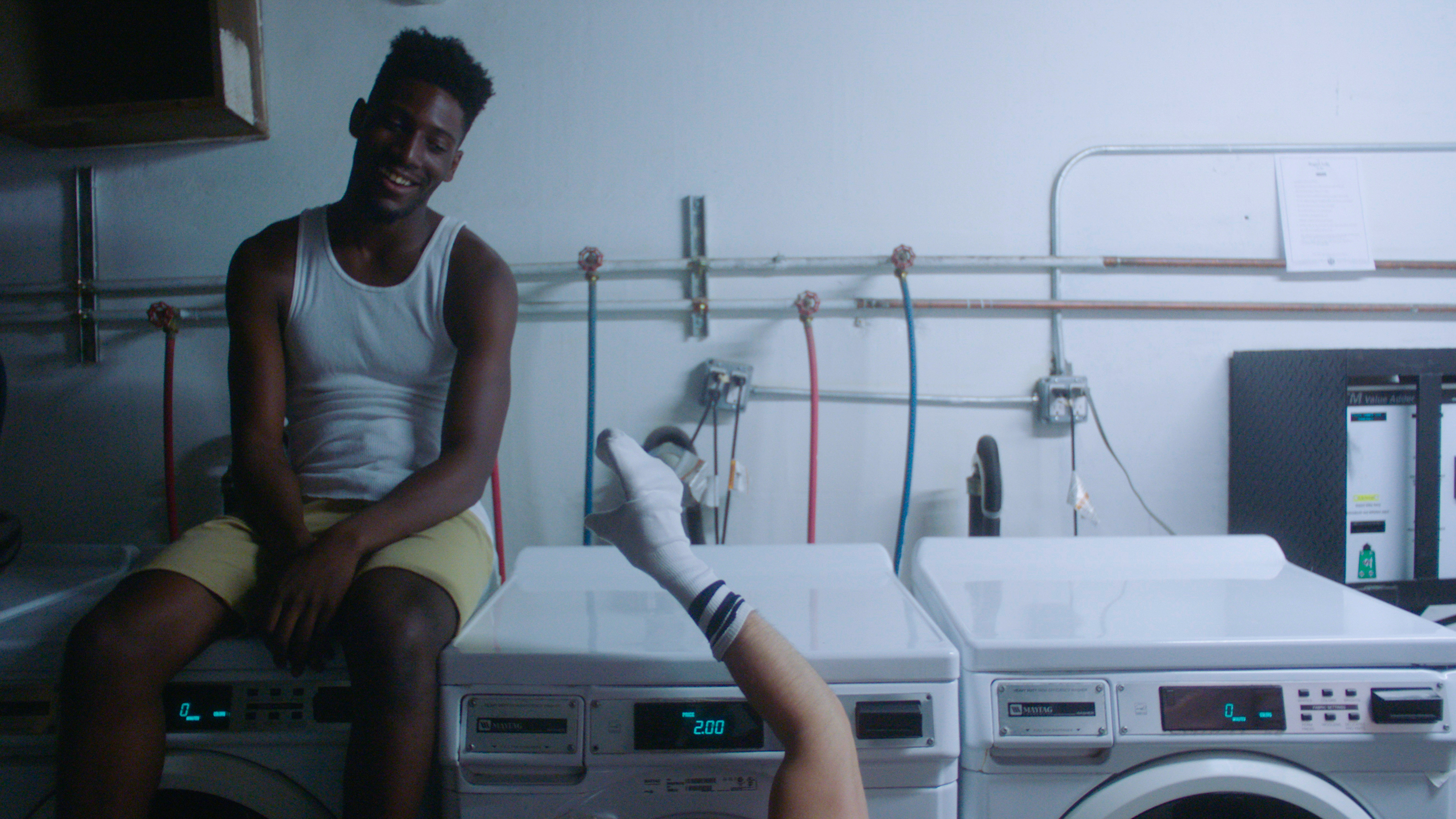 Background noise cannot be ignored in Matt Fifer and Kieran Mulcare’s exceptional debut feature Cicada. Aural triggers that recall repressed traumas are as vivid and immediate as smells or visual memories for Ben (Fifer) and Sam (Sheldon D. Brown). As they battle their individual pasts and the difficulties of a collective present, there is much that must be resolved for this couple to stand on their own two feet, and build a relationship together.

Completing his hat-trick of credits for the film, Fifer also shared screenwriting duties with co-star Brown and the collaborative nature of all the moving parts of this production is evident throughout. The co-directors’ patient pacing of the material may prove to be a little sedentary for some viewers, but this story of sexual awakening and realisation (‘Based on true events’, we are told) flows naturally, allowing its central figures – Ben in particular – the time necessary to make momentous leaps of faith.

In an alcohol-fuelled prelude to the main portion of the film, Ben has innumerable sexual encounters, with both men and women, in toilets, at home, at other people’s apartments. The hollow, momentary acts are engaged in, it appears, because he seeks to drown out a memory – the image of a young, curly-haired boy standing outside what we presume is his home. The significance of this vision will of course be developed, but its nightmarish grip – and the harmonious buzz of the titular insects – clings to Ben from first to last. But a chance meeting at a book stall with a tall, handsome stranger, and a playful exchange to discuss the pros and cons of The Hungry Caterpillar, sees Ben meet Sam.

Above and beyond the physical attraction between the two young men, there is an emotional closeness that we’ve not yet seen – and one that allows frank, probing questions to be asked: when did you know [that you were gay]? What were you like as a kid? Relationships are tough at the best of times, but the excess pressure that comes with Sam being the only Black man at his workplace, and still hiding his true sexuality from colleagues, friends and – most significantly his fervently religious father – means that this is far from plain sailing. And for Ben, aches and pains, nausea and a choking sensation when trying to eat, has him concerned about his health.

However, it becomes ever clearer that these ailments are symptomatic of psychological issues that have been ignored for too long. “I can’t tell you why you’re feeling the way you feel,” his doctor will tell him, but one word from a therapist he sees cuts through, in a heart-stopping moment, to the core of this crisis of self. Fifer and Brown each give strong, engaging performances that we fear may crack at the edges at any moment. Ben’s go-to defence mechanism is humour, clowning around with a charisma that proves magnetic for all he comes near. Sam’s doe-eyed sadness and introversion equals out the opposites attracting.

And as he finally sums up the courage to come out to his father, the noise of a car backfiring recalls the devastation of a drive-by shooting of which he was the victim. Once more shaking his resolve. Ben must return home for a tough conversation with his mother as the cicadas again bring wave after wave of long-buried memory. Told with tenderness and honesty, Cicada is a treatment of trauma that does not judge or preach or take sides, but, in building to its breathless crescendo, goes to show just how much courage it takes to confront the past in order to look to the future.