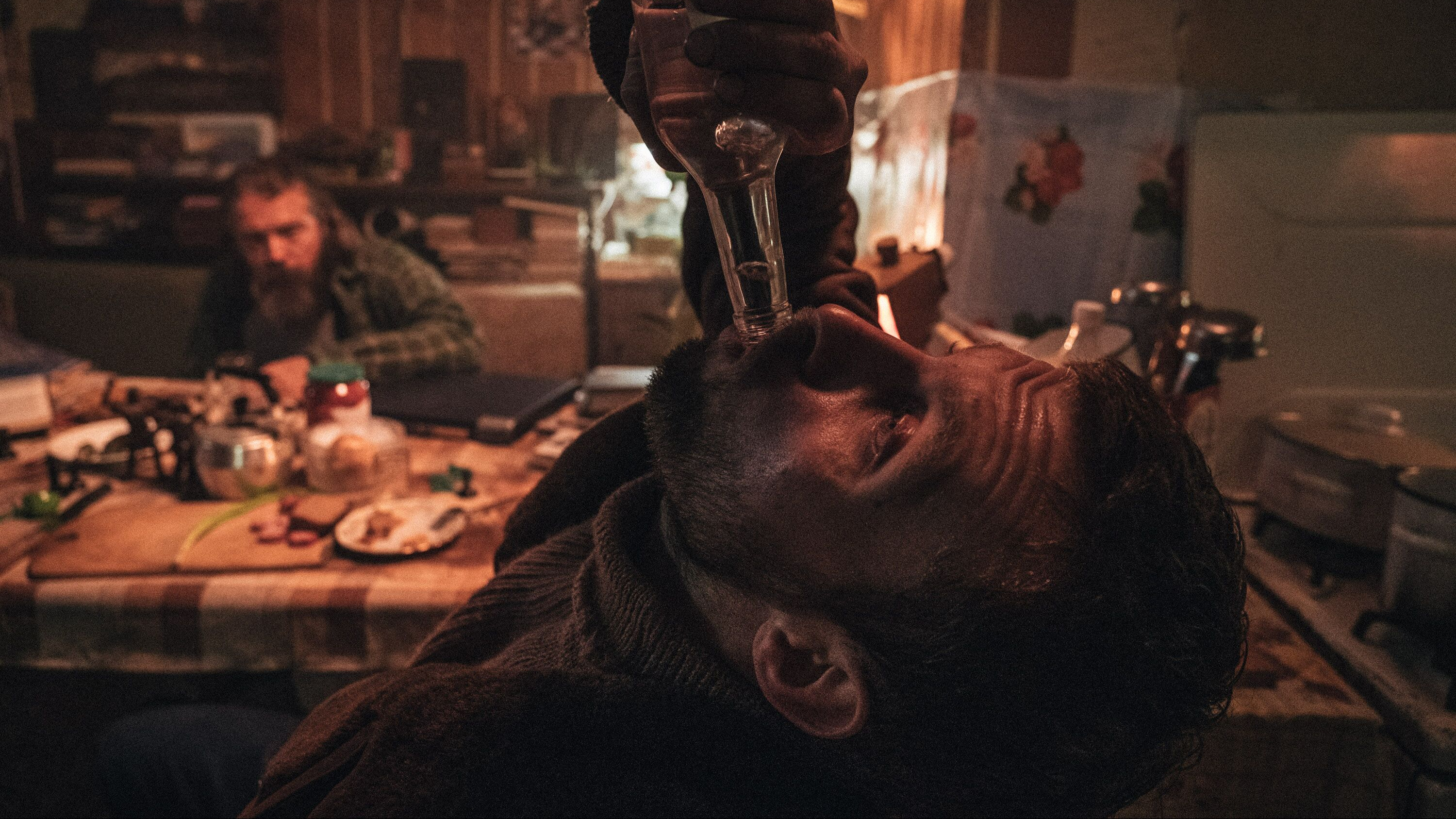 Cinemas are known as ‘dream palaces’ for a reason. Editing creates illusions of continuity that often break as we emerge from the darkness; dreams have a mad, moment-to-moment logic that invariably fades on waking. Director Kirill Serebrennikov’s new film captures that mad logic in a captivating, purgatorial nightmare that describes the feverish breakdown of post-Soviet Russian society.

Adapted from Alexey Salnikov’s novel The Petrovs In and Around the Flu, Serebrennikov’s latest is as dense and impenetrable as it is lurching, captivating and perplexing. At 146 minutes, the film follows a consumptive Petrov (Semyon Serzin) through – allegedly – one day of his life. But under the fever of Petrov’s Flu time bends like a delirious rubber band, encompassing past, present and future.

Reality, too, contracts and expands to fit Petrov’s delirium as he stalks through the city of Yekaterinburg, which is less an urban space than a wheezing purgatory. In one moment, Petrov finds himself a soldier in a firing squad, the next a gay car mechanic, and the next a child watching his parents argue. Meanwhile, Petrov’s ex-wife Petrova (Chulpan Khamatova) transforms from a bespectacled librarian to a black-eyed, knife-wielding maniac with superhuman powers, slaughtering anyone whom she finds mildly irritating.

There is a narrative if one cares to look for it, based around Petrov and Petrova’s bickering over their son (Vladislav Semiletkov). He is also suffering from the flu and demanding that he attend a school play regardless, dressed, in a wonderfully banal touch of the surreal, as Sonic the Hedgehog. Among the digressions, fantasies, flashbacks and narrative ellipses, making logical sense of a film so rooted in the sensational and imaginative seems to miss the point. Instead, like Tarkovsky’s Mirror, there is a centre around which the rest of the film swirls, like water down the drain. The only way to make sense of the flow is to feel its irresistible pull, which here is expressed through recurring motifs, faces, and characters who show up in unlikely places.

These motifs, like the Christmas tree and the mysterious Snow Maiden, reflect the sensation of dreaming. They resist metaphoric interpretation to instead connect sensations; a shifting puzzle box of random half-memories and feelings that might make sense if one could only just fit them together. But the harder we try to make them fit, the more they resist ascribed meaning: better to go with the flow and see where the water takes us. Serebrennikov’s camera tells us as much, lurching from one frame to the next in stunningly-choreographed single takes. Benefitting from his background in theatre, the director frequently transforms spaces with in-camera tricks and an astonishingly-gifted crew.

Petrov’s Flu’s dizzying sensations and formal showboating would probably have been enough on their own, but at the heart of Serebrennikov’s film is the depiction of a society in total collapse. Characters casually commit murder while the dead rise from their coffins and the living look like corpses. Reality itself seems to be crumbling. If the film could be said to have a single thesis, then perhaps it is this: in following the narrative logic of dreams, warping time, space and perspective, Serebrennikov exposes the narrative editing of cinema as a kind of semiotic propaganda: an illusion of meaning where there is none. It’s not hard to see how this relates to the contemporary Russian body politic. Petrov’s Flu finds its meaning through sensation, memory and aesthetics, depicting social and political decay in its purest form stripped of the comforting scaffolding of linear narrative.

It’s worth noting, finally, Serebrennikov was placed on house arrest in 2017 by Russian authorities on allegedly trumped charges of fraud. He is currently seeing out a suspended sentence on further charges, both of which are allegedly politically motivated. If Petrov’s Flu is anything to go by, the director’s politics remain undoubtedly in rude health.