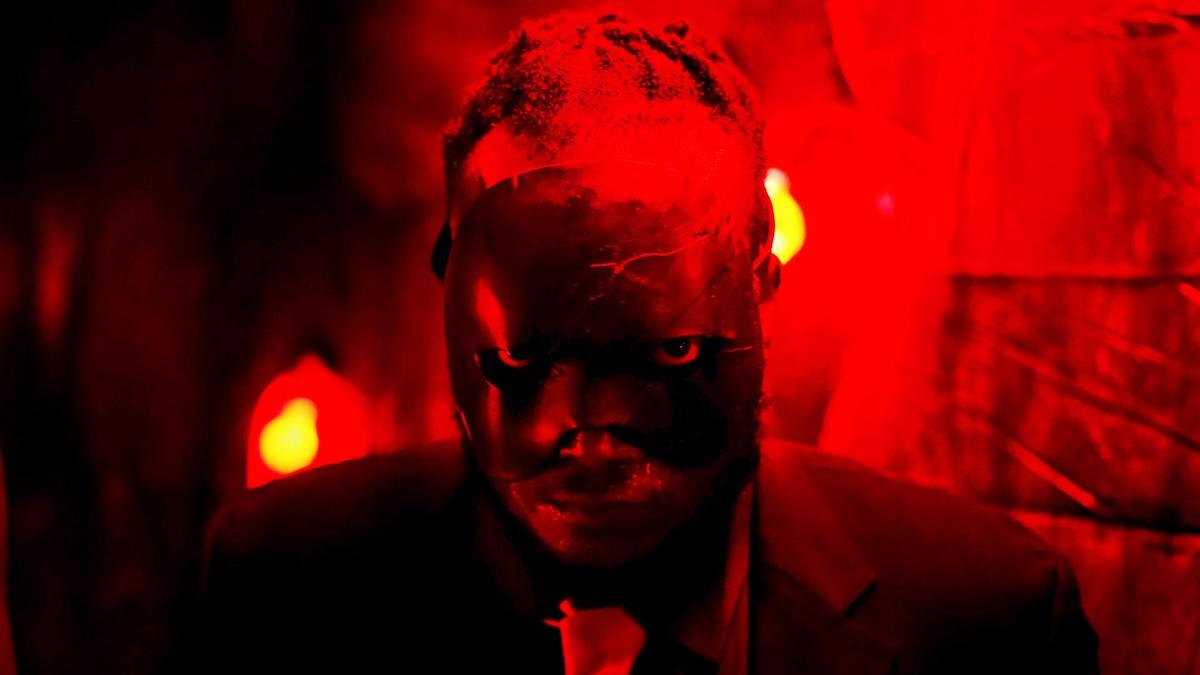 Bill Posley’s debut feature sees its world premiere at this year’s festival. With its stylistic flourishes, one eye on social commentary and a solid genre premise, Bitch Ass shows potential for the writer-actor turned director. Unfortunately, the film itself is often a muddle of half-committed ideas and odd technical choices.

Opening with a Tales from the Crypt-esque prologue, narrated by none other than Tony Todd cheekily referencing his own horror vintage, Bitch Ass opens strongly with what promises to be a fun, self-knowing genre fable. In referencing the legacy of Black Horror cinema, Posley’s film also consciously follows in the footsteps of Candyman, Blacula and Jordan Peele in promising as much social commentary as it does splatter.

It’s a shame, then, that the result is more often derivative and confused than subversive or satirical. The film’s plot is a dull mixture of Saw and Squid Game flavoured with a run-of-the-mill gangbanger overlay. It’s 1999 and gang leader Spade (Sheaun McKinney) is sending new recruits Moo (A-F-R-O) Cricket (Belle Guillory), Tuck (Kelsey Caesar) and Q (Teon Kelley) to burglarise a local house occupied by reclusive oddball Cecil – nicknamed Bitch Ass (Tunde Laleye) – which Spade believes is hiding untold riches. However, suffering from years of abuse from his late Grandmother and obsessed with board games, Bitch Ass has constructed a deadly House of Games waiting for the crew.

It’s a decent enough, if uninspired set up, and in the build up to the burglary our motley crew are broadly but charmingly drawn in a way that suits the film’s gaming theme, ably brought to life by a charismatic cast: Moo and Cricket form a laid back duo, Tuck is dangerous, Q bookish and out of his depth. Laleye, too, has decent presence as the games master Bitch Ass, but it’s Jarvis Denman Jr. who is particularly impressive in the film’s numerous flashback sequences, playing a pre-Bitch Ass Cecil. The odd, gentle Cecil is bullied by a young Spade (Eric Wright), while he pines after the gang leader’s girlfriend and future mother of Q, Marsia (Me’lisa Sellers, played in flashback by Ashlei Foushee).

Oddly for a horror film, the flashbacks are where Bitch Ass is at its strongest, telling a sweet, sad story of alienation and abuse. The intent behind these flashbacks is clear but the film’s two halves never fully connect, not least due to the unimaginative board game-themed kills (one exception being a spectacular Connect 4-based decapitation), and a deflated reveal about Cecil’s grandmother that adds nothing to either the film’s tension or its themes of abuse and retribution.

One of the strangest choices is to shoot in an ultra-wide aspect ratio, as if we’re peering through a narrow slot into the world of the film. It’s certainly a striking flourish, but it leads to some bizarre framing where the tops of characters heads are cut off and images are obscured, almost as if the decision the present the film in this way was taken after scenes were blocked. More successful are the ‘vs’ intertitles and split screens that precede each game, though even these do little to elevate the tension or scene-to-scene pacing. In the end, Bitch Ass is an off-the-shelf genre flick with some decent ideas and a fun cast, sadly lacking in sufficient inspiration or originality to merit recommendation.