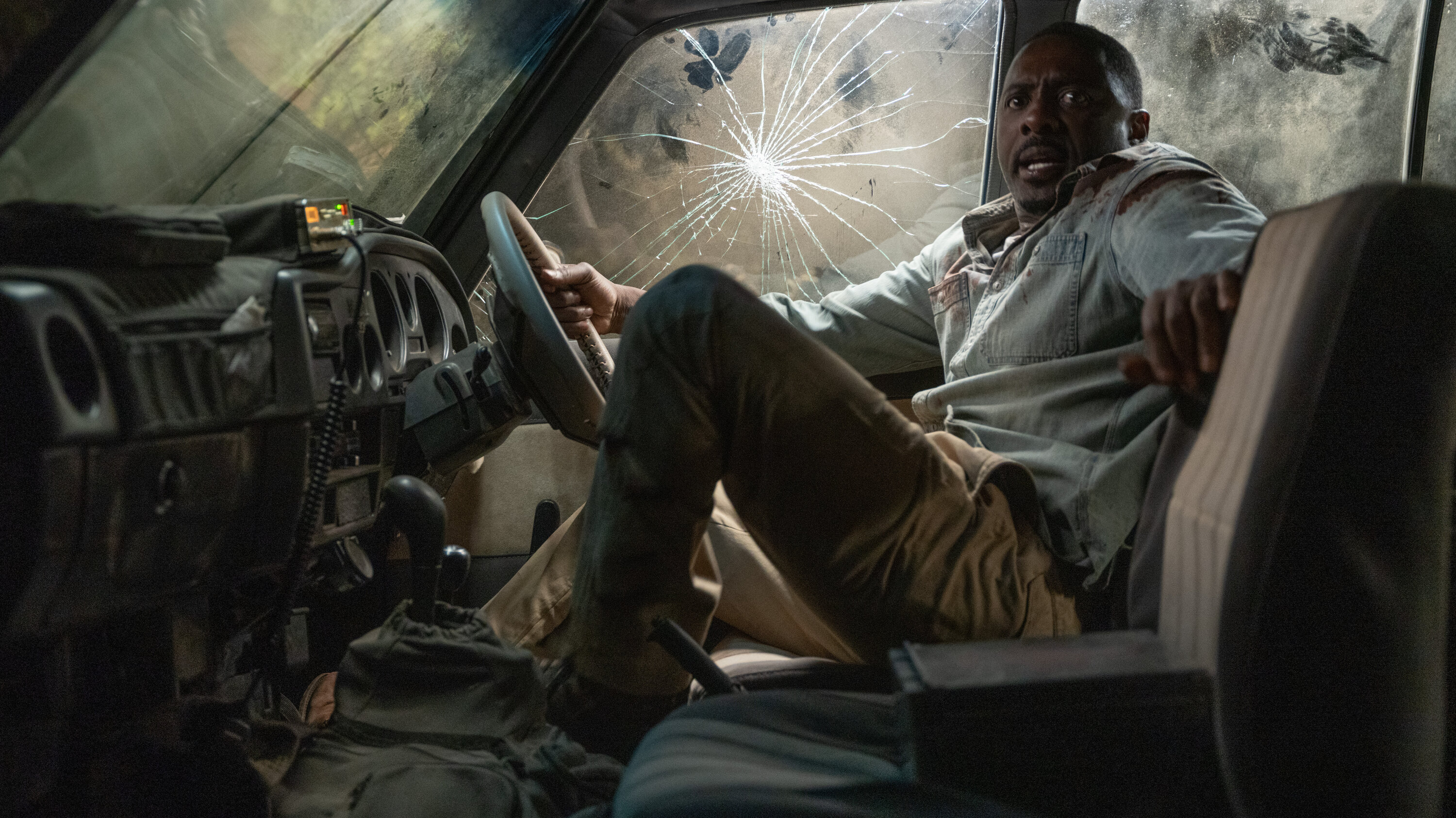 Have you ever wondered who would win in a fight between Idris Elba and an enraged African lion? Well wonder no more, dear reader, as Icelandic director Baltasar Kormákur is here to answer one of the question of the ages with Beast, an entertaining-enough survival romp that at only 90 minutes long feels oddly slack.

Elba plays doctor and father of two Nate, who along with his teen daughters Mer (Iyana Halley) and Norah (Leah Jeffries), is grieving the death of his estranged wife. On holiday in South Africa, the trio meet up with old friend and nature reserve warden Martin (Sharlto Copley), who promises them a thrilling time of unforgettable wildlife encounters. Naturally, the “oohs and aahs” soon give way to the running and the screaming, as the group encounter a raging rogue lion, on a roaring rampage of revenge after poachers killed its pride.

It’s a rote set up for a trashy killer-wildlife-harangues-family movie, but as far as these things go, not a bad one. Director Kormákur has got form, too, with survival flicks, having helmed both Adrift and the rather underrated Everest. All signs point to a fun if not especially cerebral time. Sadly, the alarm bells start jingling at the first of several dream sequences in which Nate is searching for his lost wife, ridden with guilt that he was not there for her or their daughters in the final days of her cancer. Mer especially is resentful of her father’s absence, as well as his apparent lack of interest in her passion for photography.

This tense family dynamic informs the emotional drama of the film, so it’s clear that we’re in for yet another go-round on the carousel of inadequate fathers redeeming themselves through extreme adversity. There’s an aspiration towards Spielbergian family drama here (Mer’s Jurassic Park tee shirt serves to labour the point), but it’s never handled with the necessary deftness to land. The dynamic itself is a cliché but the problem is more that it is is never fully dramatised – we’re told that Mer and Nate are at loggerheads but that friction rarely comes up during the film’s frequent moments of peril, except perhaps with Mer’s frequently maddening insistence in putting herself in the maximum amount of danger.

Nevertheless, one does not turn up to a film in which Idris Elba punches a lion in the face for its emotional nuance. So what of the lion punching? The film is, in its best moments, a riot. The CGI star is surprisingly weighty and there are a couple of standout sequences where improbable lion behaviour can be forgiven in the face of fun, trashy pleasure. Still, the roaring that the final, ludicrous showdown between Elba and Beast inspires is likely to be of the laughing variety, while tension during the earlier sequences is squandered with pacing that feels rushed, coupled with a relentless score that is at once bland and obnoxious.

Beast’s standout nod to a distinct visual identity is its frequent use of unbroken shots, but these add little to either the tension of the spectacle. For a film that aspires to Universal’s classic creature features, which so often relied on keeping the monster off screen for as long as possible, it’s a shame that Beast doesn’t better understand that more is less.