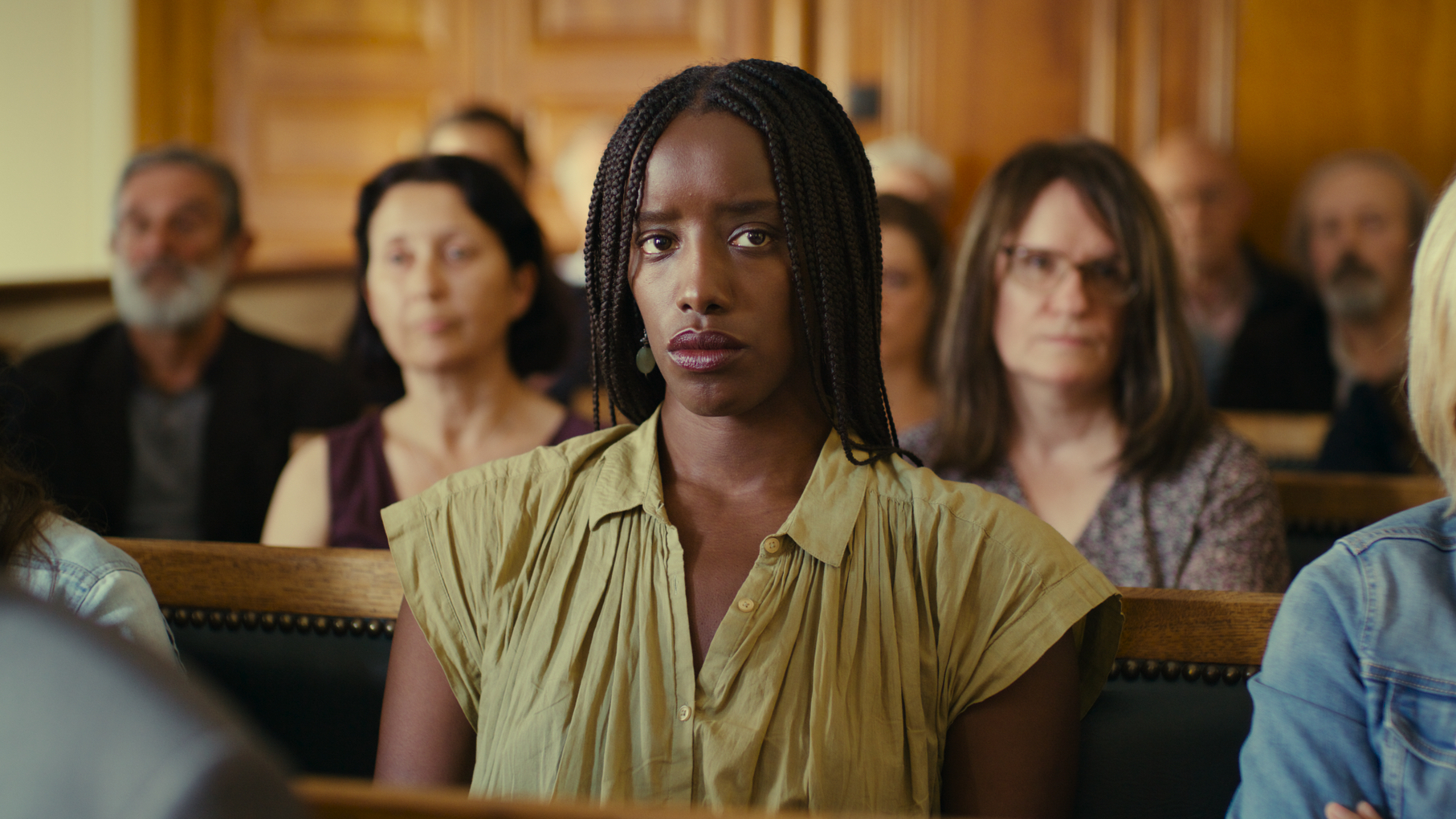 Documentary filmmaker Alice Diop’s (We, La Permanence) first narrative feature Saint Omer is a major achievement and an investigation into motherhood, judgment and the other. Kayije Kagame plays Rama, a university professor and writer who is working on a new book.

The centrepiece of this book is the real-life trial of a Senegalese woman, Laurence Coly (Guslagie Malanga), who is accused of murdering her 15-month-old daughter.Diop and co-screenwriters Amrita David and Marie N’Diaye allow the images and the audience to do the exposition as we find ourselves sitting in the courtroom, without much notion – at first – as to why we are there. Saint Omer could easily be a documentary, although one with scarily-good access.

The case proceeds in what feels like real-time: the participants appear genuine and the language is that of statements and the occasional interrogation. The judge controls the proceedings and despite the obvious horror of the alleged crime, a dispassionate eye is cast by cinematographer Claire Mathon, though one which expertly fixes its framing so that the long-held shots are consistently fascinating to look at. Thibault Deboaisne’s score also serves as a commentary as it introduces an other-worldly element, referencing Laurence’s defence that she is the victim of sorcery and hallucinations.

Based on a real trial and one which Diop herself attended, Rama’s involvement with the proceedings is not purely professional. She has a cold relationship with her mother that is told in dialogue-free flashbacks. They seem to lack affection, which leaves Rama unwilling to look after her now that her mother is elderly. Added to this is the fact that Rama is pregnant and so considering her own future as a mother. Of course, race dominates the trial and the apparent clash of cultures. Rama and Laurence are both black, but they are also both educated – a fact which surprises the media covering the trial who call Laurence’s use of French “complex” when it’s good.

It’s also notable that the law officials and jury are all white, as is the father of Laurence’s child, a significantly older man who hid Laurence and their child from his family. But so much of what is interesting comes via the images, facial expressions and reactions, rather than verbally. Anytime someone tries to articulate something about race with words it sounds hollowly liberal (a flippant comment about female genital mutilation is passed between two white lawyers) or out-and-out racist: such as the university professor who wonders why Laurence chose Ludwig Wittgenstein and not someone “closer to her own culture”.

Despite the courtroom setting, Saint Omer has the courage to suspend the judgment. Diop’s film isn’t interested in the guilt or otherwise of Laurence. Whether she is mentally ill or under a curse, whether she is lying or telling the truth, none of this is definitely decided. Rama even feels for a moment like she might be the subject of a curse herself – or is it just morning sickness, or anxiety. This is narrative as uncertainty principle. As long as we don’t want to nail meaning down, then many things can be true, even if they are mutually incompatible. She could be cursed and suffering from a mental illness. She could be a murderer and a victim. She could have loved her child and killed her child. Your mother might love and sometimes not care about you at all.

Diop is brave enough not to give us the comfort of closure and yet somehow there is catharsis as well. Saint Omer is a deeply intellectual film – Medea is referenced several times as a frame of understanding – but it’s also heartfelt. There is a compassion to the dispassion: an empathy.