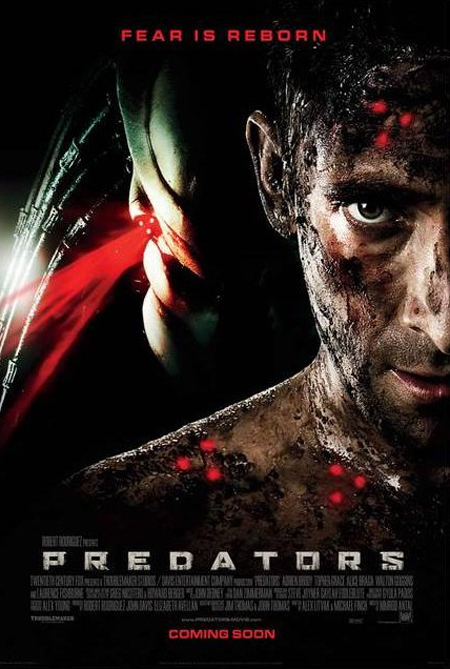 It’s no surprise producer Robert Rodriguez and director Nimród Antal stressed that they wanted this film to be seen as a sequel only to the original Predator (1987) movie which starred Arnold Schwarzenegger. With their simplified plots and cartoon-like feel, it was also no wonder that Predator 2 (1990) and the two spin-off Alien vs. Predator films never really satisfied fans of the franchise.

Yet what is so different about this film that firmly sets it apart from the failings of previous sequels? The answer lies with the film’s strong lineup of acting talent, epitomised by the film’s lead, Adrien Brody. After numerous roles throughout his career playing the sensitive sentimental types, as in Rian Johnson’s The Brothers Bloom (2008) and Peter Jackson’s King Kong remake back in 2005, Brody seems determined to place himself as far from that image as possible in Antal’s Predators. The question is, can he convincingly portray such a drastically different character, particularly when the boots he has to fill are none other than the hugely iconic Schwarzenegger? 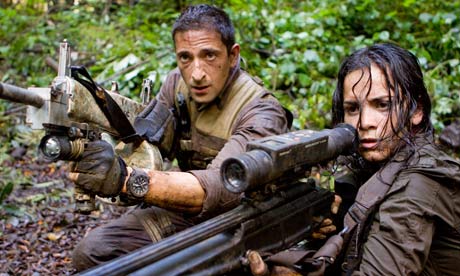 Our first introduction to Brody’s character Royce is during an adrenaline-pumping free fall, hurtling towards the ground at extreme speed – yet what is most intriguing about this opening is that Royce seems as perplexed about his predicament as we do. After deploying his parachute last minute and coming to a violent rest under the canopy of the trees, Antal’s spinning camera reveals what appears to be a jungle.

Royce very quickly realises however that he is far from alone, as several other people, most armed like him, have been airdropped down in a similar way. With no clue as to how, why or by whom they have been selected, the group has little choice but to stick together – a factor which proves difficult as all of them are used to working alone. It soon becomes apparent, however, that these squabblings are the least of their problems. In what is revealed to be an alien jungle unlike any on Earth, it is not human beings who are the superior predator.

Brody puts in an unexpectedly credible performance as the hard-edged Royce, and still manages to maintain that trademark sincerity which colours his work. With excellent support from the likes of Topher Grace, Alice Braga and Danny Trejo – not to mention a surprise appearance by Laurence Fisburne – Antal’s reinvention of the sci-fi franchise sets out to be more than just a guns-blazing gore fest.

Predators is an intelligent film which alludes to the original without simply reproducing the same story, and Antal’s astute direction keeps you guessing right to the final frame.