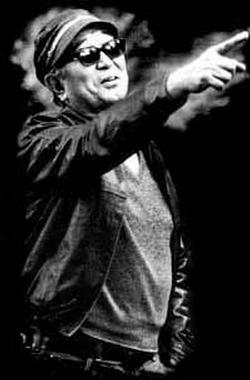 Alongside legendary directors Yasujirō Ozu and Takeshi Kitano, Akira Kurosawa is often cited as one of Japanese cinema’s greatest exponents. With a career spanning six decades and numerous high profile awards including the Palme d’Or and Golden Lion to his name, London’s Barbican Centre has rightly dedicated an entire mini season to his superlative works, which also serves to perfectly round off their ‘Aspects of Japanese Cinema’ series.

The ‘Kurosawa Directorspective’ opened with a double bill of two of the director’s finest films – Throne of Blood (1950) and Rashomon (1957). There to introduce the two films was Helen McCarthy, a distinguished writer and speaker on Japanese animation and live action cinema. The focus of McCarthy’s introduction fell upon Kurosawa’s extraordinary use of costume and sound design, a clear indication of the late, great director’s incredible eye for detail and passion for the minutia of human existence.

This concentration is perhaps best illustrated by Kurosawa’s ghostly chamber piece, Throne of Blood. A loose adaptation of the Shakespearean tragedy Macbeth, Throne of Blood stars the incomparable long-time Kurosawa collaborator Toshiro Mifune as Taketoki Washizu, the outstanding young officer who soon begins to have designs on his master’s kingdom. 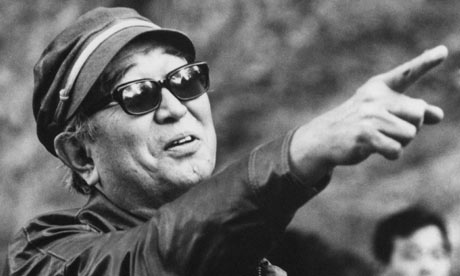 Set during Japan’s feudal Sengoku period, every single costume and suit of armour has been faithfully crafted according to historical accuracy, and this attention to detail is incredibly impressive. Even more remarkable, is just how important a role the characters’ attire plays. In particular, Washizu’s wife Lady Asaji (the excellent Isuzu Yamada) – the film’s equivalent Lady Macbeth figure – is often only locatable by the swishing, dragging noise of her kimono as she skulks around in the darkness.

Such intelligent use of costume and sound – not just to promote an air of authenticity, but to complement and enhance the actors’ performances – is perhaps one of the most neglected strings to Kurosawa’s cinematic bow, and a key contributor to the ability of his films to be able to stand the test of time, which brings us nicely on to the newly remastered print of Rashomon screened that evening.

Though perhaps not as initially impressive as some other recent, notable restorations (F.W. Murnau Stiftung’s miraculous work breathing new life into Fritz Lang’s classic sci-fi Metropolis [1927] immediately springs to mind), the shear feat of revitalising a film over half a century old to the extent that it looks like it could have been shot yesterday (albeit in black and white) is, yet again, remarkable. The near crystal-clear picture clarity and enhanced visual depth created as a result of this process give new life to an established classic, and perfectly enhance what is already an incredible cinematic experience. 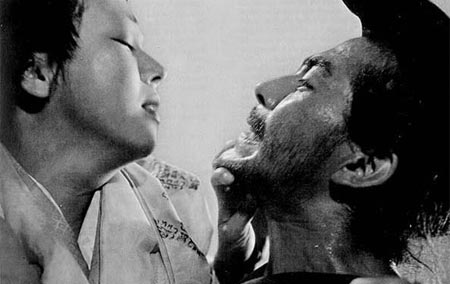 Kurosawa’s Rashomon still stands today as one of the greatest explorations of cinema itself: a meditation on the art of performance and deception through theatricality, all wrapped up in a tightly scripted, impeccably shot “whodunit?”.

Kurosawa stalwarts Toshiro Mifune (appearing for the second time that evening) and Takashi Shimura excel as the respective bandit and woodcutter, caught in the middle of a samurai’s brutal murder. As with Throne of Blood, Kurosawa’s eye for period detail ones again gives his film a unique sense of time and place, this time leaving behind the ghostly, twilight forests and plains of the former film for a more contemporary portrayal of a country in transition between old and new; the traditional vs. the modern.

The ‘Kurosawa Directorspective’ continues this month with tonight’s screenings of Drunken Angel (1948) and The Hidden Fortress (1958), swiftly followed by The Shadow Warrior (1980) on Thursday 9th December and finishing off with Kurosawa’s most acclaimed film, The Seven Samurai (1954) on Sunday 19th December. We hope to see you at The Barbican for what should be a fantastic run of the Japanese director’s finest works.