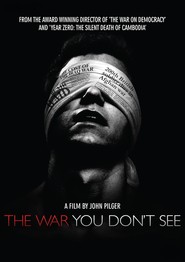 I’m not going to review John Pilger’s documentary The War You Don’t See (2010). It’s beyond critique and to be honest, it’s had such a profound effect on me that at the moment my role as a film reviewer seems shallow and ridiculous. Such cinematic discussions have their time and place and I’m sure in a week, the desire to wax lyrical about all things film will return, but for now I’d like to keep it simple and be as direct as I possibly can.

The War You Don’t See is easily the most important film of the last 10 years and, I would argue, the most important documentary of all time. It’s possible that you’re the kind of person who sees the words ‘war’ and ‘documentary’ in the same sentence and feels the burning urge to eat a giant pizza and switch on the X-Factor. 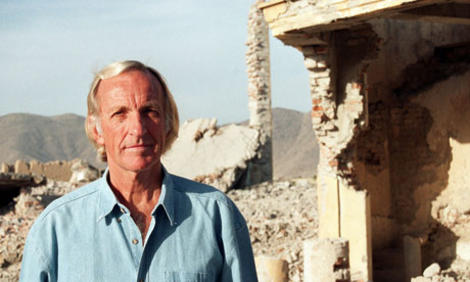 Then again, if you are of that persuasion you probably never made it past the first paragraph of this page, so for those bright sparks who are still with me, let me personally assure you that this is the most inspiring and thought provoking film you will ever see. Oh, and it’s also the most gut wrenching, harrowing and downright disturbing film you will ever see. As the credits role at the end you will feel dirty, ashamed and forever changed.

There will be more in-depth reviews popping up all over the internet in the next week, so if you want a really thorough, ‘no stone unturned’ analysis of the film then I suggest typing ‘The War You Don’t See’ into Google. I’m not going to tell you anything about the film because I want you to actually see it.

If you really, really must know what it’s about, then all I will say is that it deals with how the media manipulates the public. It’s also presented by a naked Cheryl Cole and contains scenes of celebrity ballroom dancing, awful karaoke singing and people eating chilled monkey brains in the jungle.