First and foremost, it is important to stress that Phenomena (1985) is a complete mess. Following his run of mid-career masterpieces, starting with Deep Red (1975) and culminating in 1982’s definitive Giallo thriller Tenebrae, Argento attempted to push the formal experimentation of the late 70’s to even giddier extremes. The result is frequently dazzling and often slightly embarrassing.

Phenomena tells the tale of the somnambulistic Jennifer (Connelly), a young girl with the ability to telepathically control insect life – you read that right – whose arrival at a Swiss boarding school coincides with the murderous endeavours of a feral killer. Jennifer’s unfortunate tendency to sleepwalk into the dark back alleys of the town puts her, unsurprisingly, directly in the killer’s path, leading to one of the most demented final acts since Tod Browning’s Freaks (1932). The film also features the ever-brilliant Donald Pleasance as a wheelchair-bound entomologist who lives alone with a scalpel-wielding helper monkey – it’s just that kind of movie.

Argento’s film sits uncomfortably as a dichotomy of style and intention, seemingly positing itself as a departure from the Giallo genre the director exemplified in his earlier efforts, its tonal concerns being that of naïve wonder and benevolence towards nature in all its forms. However, this fairytale world is not imbued with the same pervasive sense of menace and tarnished innocence as previous fables Suspiria (1977) and Inferno (1980), instead presenting an incongruously light tone, jarringly interspersed with extreme body horror and an abrasive metal soundtrack. 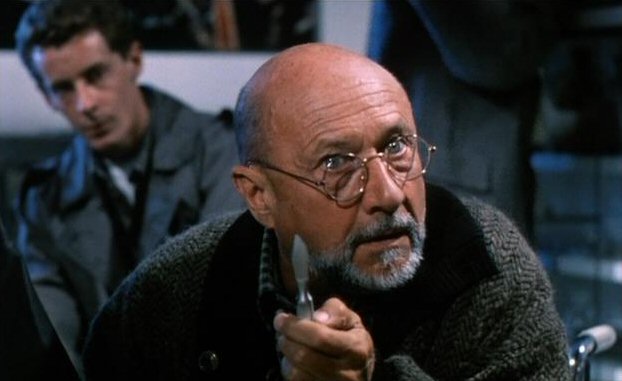 That said, the film is saturated with moments of sublime cinema, a stand out being an exhilarating ‘fly’s-eye-view’ steadicam shot that darts at impossible speed through the killer’s lair, eventually descending beneath the floorboards to feast upon a dismembered bodily appendage. There’s also a rather perverse thrill in watching Argento behead his first born daughter (Fiore Argento, making her screen debut) and vicariously gouge his then-spouse’s face open via an aggrieved helper monkey. It is not entirely surprising to learn that the couple separated shortly after the film’s completion.

Connelly displays early promise here, cast after Sergio Leone (for whom, it is often forgotten, Argento co-wrote Once Upon a Time in the West (1968)) screened a rough cut of Once Upon a Time in America (1984) for the director, who was instantly transfixed by her maturity as an actor. Donald Pleasance, miraculously investing Franco Ferrini’s leaden dialogue with a certain poise, is just a good sport. Admitting that he found the script to be ‘extraordinary in its daftness’, he signed on out of respect for the director’s work. Such perfect casting of the two leads goes a long way towards saving the film, counteracting Argento’s ill-informed decision to direct the film entirely in English for the first time, only enhancing the customary clunk of the dialogue.

If any one aspect of the film is to be celebrated it is the make-up work of Sergio Stivaletti and the special optical effects of Luigi Cozzi, whose work combines to realise some of the most audacious set-pieces in Argento’s vast canon. Arrow’s insightful and affectionate retrospective documentary details how the film’s most retina-scorching effects were achieved with the limited technology and modest budget, a beguiling example being the swarm of insects that envelop the school at Jennifer’s command – achieved, astonishingly, by filming instant coffee granules dissolve in ice water and then superimposing the footage.

Phenomena is unique in the truest sense; a film that every fan of Argento himself or of alternative horror cinema should own in this definitive edition. The film will dazzle, confuse and bore in equal measure, but Arrow’s gorgeous transfer and Argento’s sporadic genius make it a worthy purchase. The cloyingly celebratory extra features, however, treat the film with far more deference than its overall quality warrants.