Film Review: The Skin I Live In 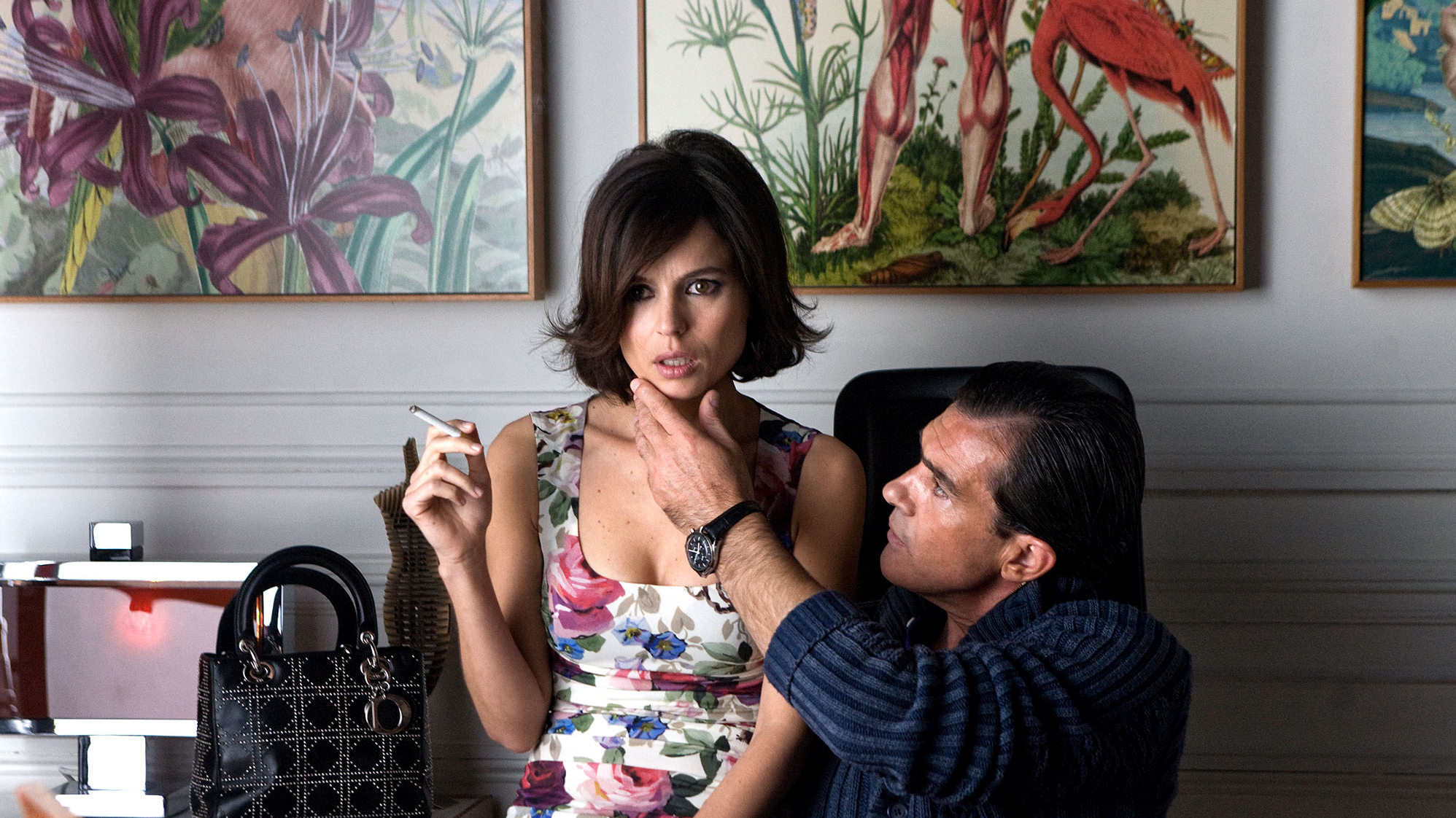 From acclaimed director Pedro Almoldóvar, and starring Antonio Banderas and upcoming talent Elena Anaya comes The Skin I Live In (2011),an incredibly beautiful based on the novel Tarantula by Thierry Jonquet. The Skin I Live In perfectly blends sci-fi, horror, thriller and drama in such a deft way that audiences will only be left astonished as the credits role.

The story is a modern take on the Protean myth, better know to modern audiences through Mary Shelly’s Frankenstein. It is a tale of the obsessive and crazed Doctor Robert Ledgard (Banderas). Ledgard is haunted by the events of his past and seeks to find a way that he can return to the past happiness he once knew through his test subject Vera (Anaya) whom he has imprisoned in his home.

There are numerous disturbing scenes of sexual violence (a man dressed as a tiger raping a women is particularly shocking) and drug use; however there is little graphic detail relating to the surgery Ledgard experiments with. This seems to have been a great decision by Almoldóvar who rather than shocking his audiences with scene after scene of gore allows the characters to draw us in and reveal the truly harrowing nature of Ledgard and Vera’s mind in a series of intense, powerful scenes.

There is ground for criticism towards The Skin I Live In in that the themes are exaggerated (as can happen in horror/ sci-fi films) particularly around the issue of gender exploration. Almoldóvar could perhaps seen to be expressing his concepts in a rather obvious way with characters that scream certain issues around human psychology and gender.

This being said, the impressive way that Almoldóvar dealt with the plot and editing the claim of being overt or trying to appeal to a more general audience (as opposed to the art house audience) falls flat on its feet. It is also part of the story to be fanciful and extreme as that is one of the key elements to the film – how far will man go to become God-like?

Banderas is incredibly well cast and plays the insane Ledgard with an intense power and the beautiful Elena Anaya (who is already set to appear in Almoldóvar next feature) is clearly Almoldóvar’s ‘new Penelope Cruz’. The score, by Spanish composer Alberto Iglesias, adds a beauty to what is already a visually stunning piece without intruding upon the scene. The score genuinely adding something to the film is unsurprising with a man of Iglesias’ talent who had in the past worked with Almoldóvar’s on Volver (2006). The Skin I Live In is a definite must-see, as all its elements harmoniously blend to create a cinematic masterpiece that stands out not just this year, but over the course of the past decade.