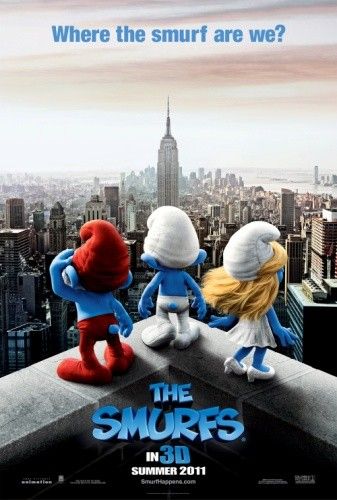 After toying with the idea for some time, Hollywood has finally taken the plunge, bringing everybody’s childhood favourite cartoon characters the Smurfs to the big screen. Directed by Raja Gosnell and starring Hank Azaria, Sofia Vergara, Neil Patrick Harris, Jayma Mays and Katie Perry (as the voice of Smurfette), The Smurfs (2011) takes us back to the universe created by cartoonist Peyo, who once upon a time imagined a world of little blue people living in a village made out of mushrooms.

Their cartoon adventures, though admittedly not the most thrilling ever – the only threat to the Smurfs’ pacific life is Gargamel, a clumsy wizard who repeatedly and unsuccessfully tries to catch them – have made them hugely popular amongst children throughout several generations.

This version of The Smurfs, though, is so much different from the bi-dimensional, ordinary cartoons we were used to and which still elicit nostalgic feelings every time they reappear on TV: in a triumph of CGI and 3D technology, in fact, we are this time transported right into the Smurf village to experience, with astounding realism, all the little details once only provided by our imagination.

Keeping up with modernity, the Smurfs’ cinematic adventure sees them accidentally ending up in New York while trying to escape from Gargamel; there, they make friends with a couple of parents-to-be, Patrick and Grace, who decide to help them when Papa Smurf finds out they have to wait for a “blue moon” to be able to return to their village. However, they soon discover that obsessed Gargamel has followed them to New York City and is, once again, doing anything he can to capture them. 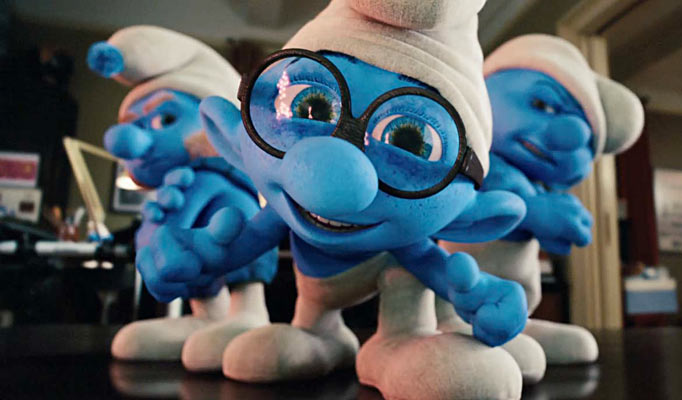 Though thinking about the Smurfs might bring back memories of carefree and fun-filled childhood moments, adult audiences will probably find themselves recoiling at the prospect of watching this movie – what with the extremely irritating trademark tune and Katie Perry voicing Smurfette.

You might also find the third dimension brought on by the 3D to be not exactly flattering for the poor Smurfs – the realism of it makes them look almost scary and like you’d rather they not come too close to you.

Strangely enough, however, the story is cutesy but not overly childish; the Smurfs tune is there, but firmly and frequently described as “annoying” by the movie’s human characters; and Hank Azaria and Sofia Vergara’s comedic abilities add much needed hilarity to an otherwise rather flat script – in fact, you’ll wish they had more screen time.

All the same, it is wise to remember that this is a children’s film with little else to deliver beyond very basic entertainment and an easy moral. Technically, though, The Smurfs is an exercise in flawless 3D and CGI effects, and one which brings the real and the imaginary into contact so seamlessly that the sight of little blue creatures roaming Times Square becomes entirely plausible and almost enjoyable, even for older audiences.