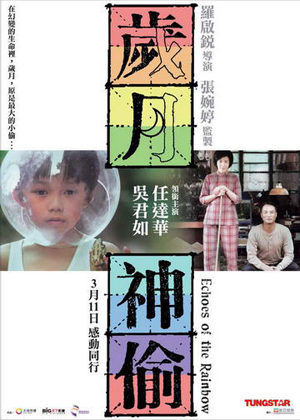 One of the film’s elements that immediately grabs the attention is the perspective in which the story is told – through the naive eyes of an eight-year-old boy. His charmingly mischievous behaviour and the situations this creates bring a fresh and light-hearted touch to the film. The first half of Echoes of the Rainbow creates a somewhat romanticised vision of life; the boy’s family are not rich, but hard-working and happy. The little boy also looks up to his straight-A athletic brother Desmond (Aarif Rahman), whom he shares a close bond with. 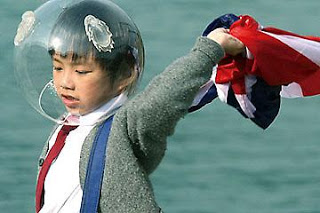 The “good times”, as they’re called, touch on issues such as the relevance of social class to relationships and the perception that men have to be richer and more successful than their competitors. However, Echoes of the Rainbow really starts to deliver its central message, with the revelation of Desmond’s illness.

A somewhat saccharine and conventional dramatic device is utilised to support this traumatic shift in the film. The song I Wanna be Free (Desmond’s favourite), is continually repeated throughout and becomes a symbol both for his young life and his dreams of what seemed like a promising future.

This very device sums up Echoes of the Rainbow; anybody with distaste for Hallmark Channel-esque, made-for-TV weepies should steer well clear. However, it is the authentic portrayal of 1960s Hong Kong which lifts the film above such generic schmaltz.

Director Alex Law leads the viewer through every aspect of the film’s personal tragedies (the social context of abject poverty at the time has an impact on every individual character) through the innocent and naive eyes of a child, who doesn’t really understand the grander, national narrative. Although in no way original, this method proves to be extremely successful throughout Echoes of the Rainbow.