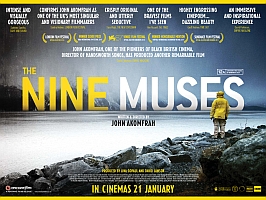 A highly cerebral and often entrancing experience, John Akomfrah’s 2010 film The Nine Muses is a truly refreshing meditation on the search for identity in a complex, globalised society. Composed of archive footage intertwined with original material shot in the chilliest parts of Alaska, the film takes its inspiration from Homer’s epic poem The Odyssey to explore the journey of thousands of black and Asian migrants that travelled to the UK during 1949-1970.

Akomfrah attempts to condense a hugely complex idea (migration) into an intimate space for quiet reflection, à la Terrence Malick’s take on life, the universe, and everything in between with The Tree of Life (2011). But where the latter verges on the insufferably irritating with endless, bombastic footage of the universe, The Nine Muses retains a certain focus – whilst one is left longing for some David Attenborough commentary in parts of Malick’s film, Akomfrah’s narrators are Shakespeare, Dante and Joyce, to name just a few literary greats whose words have been handpicked as a lens through which to view diaspora, isolation and loss of identity. 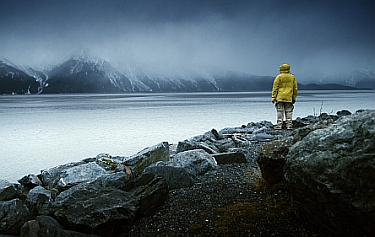 Even those who snooze at the thought of reliving their GCSE syllabus all over again should give The Nine Muses  a chance. Akomfrah’s use of literary touchstones seems fresh, renewed and wholly comprehensible when combined with the archival images they accompany, so much so their original context becomes almost irrelevant.

The non-linear narrative (a typical feature of Akomfrah’s previous work) perfectly conveys the process of migration as one which is in continuous flux, both on a grand physical scale and on an individual, psychological level. However, it feels at times that The Nine Muses is in danger of becoming overloaded and confused with too many references to the literary canon – the film is split into nine sections, one per muse, but also attempts to engage with the trajectory of The Odyssey, a story which does end in a resolution (unlike the film).

In the Alaskan scenes, hooded, anonymous figures look out in contemplation at an incredibly white, blank landscape – although the The Nine Muses is about race, it is not limited to only a black perspective (Akomfrah has said he wanted to explore his own parents’ journey from Ghana). Rather, it urges the viewer reflect on the many thousands of journeys that have built our own nation, and what this means in the search for our own cultural identity.