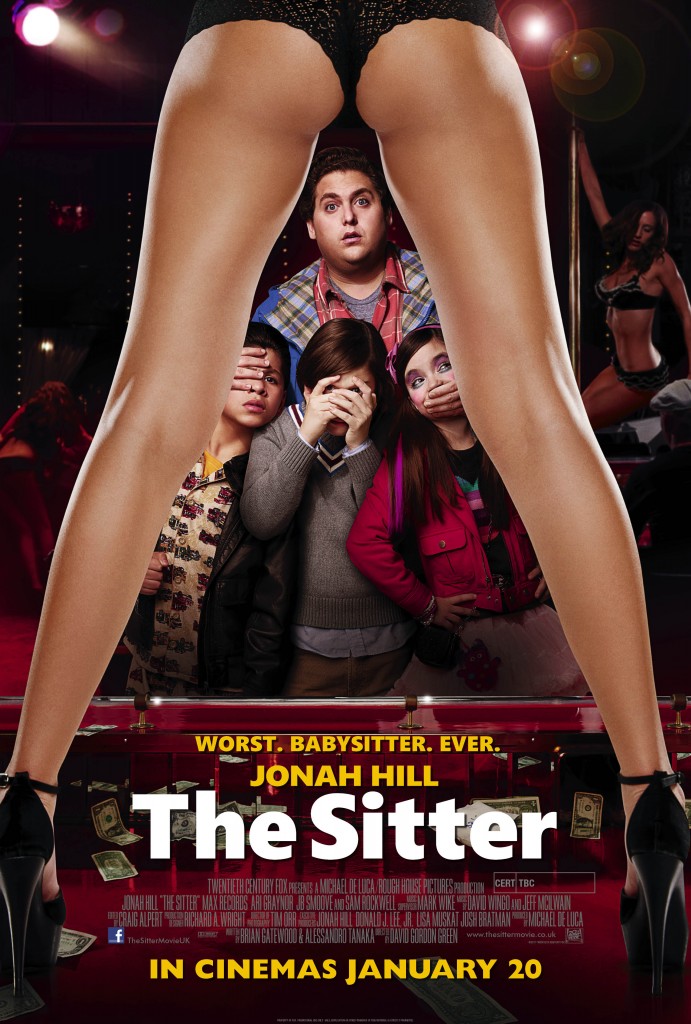 Recently nominated for a Best Supporting Actor Golden Globe for his role as sports analyst Peter Brand in the baseball drama Moneyball (2011), Jonah Hill is back in comedy territory taking the lead role in The Sitter (2011) directed by Pineapple Express (2008) helmsman David Gordon Green.

Hill stars as Noah, a recently suspended college student living with his mother who is lured into babysitting for his hot neighbour Mrs. Pedulla. Inexperienced and irresponsible, Noah takes the three unruly kids on an unforgettable overnight adventure through the streets of New York City and it’s anyone’s guess who’s going to make it home in one piece. Also starring Sam Rockwell and Max Records, The Sitter’s plot sounds a debauched version of the classic 1980s comedy Adventure’s in Babysitting (1987) which many film fans of a certain age will remember with great affection. 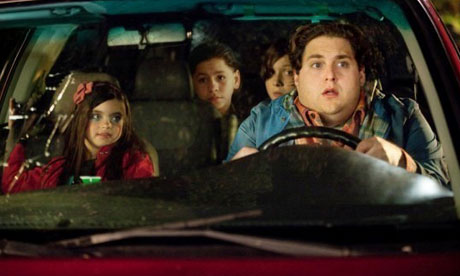 Jonah Hill is an acquired taste, but with each film he seems to be improving as an actor and the future is looking bright. Later this year he has two films due to be released the cop action comedy 21 Jump Street (2012) based on the TV show that made Johnny Depp famous and the Shawn Levy-directed science fiction comedy Neighbourhood Watch (2012) which also stars Ben Stiller and Vince Vaughn.

As for The Sitter, it has already taken a tidy $30 million at the US box office and if you’re in the market for cheap laughs and mindless entertainment then mosey on down to your local cinema and grab yourself a seat.

The Sitter is released in UK cinemas today.