Director Quan’an Wang brings his overly-sprawling epic White Deer Plain (2011) – adapted from the controversial novel by Zhongshi Chen – to this year’s Berlinale as one of the Golden Bear contenders. Set during the final years of Imperial China, it traces the stories of two ruling clans, the Bai and Lu, who find themselves locked in a battle for land ownership – a microcosm for what occurred in this period of China’s history.

White Deer Plain’s greatest problem is undoubtedly the fact that not a single character is likeable, leaving the audience with no real anchor to the interconnected stories. This is a massive flaw in a film of such epic scale (with a 3 hour-plus runtime) and this issue is further worsened by far too many unnecessary subplots and redundant scenes. 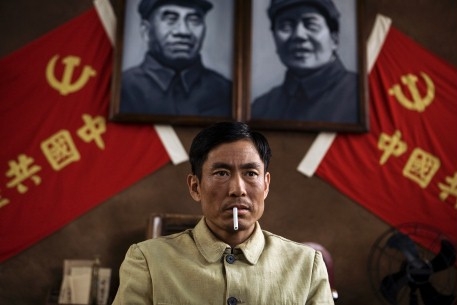 The constant repetition of rape sequences, tax disputes, crop rotation and graphic sex becomes quickly tiresome – this may reflect the history of China, yet the film fails to capture it in an interesting manner, which for such rich subject matter is quite an achievement. This is not to mention the way in which women, especially the character of Tian Xiao’e (Kitty Zhang Yuqi), are frequently presented as the focus of blame for the problems of the community.

In its favour, the film’s cinematography is arresting and beautifully captures the rural Chinese landscape, featuring a number of fine expansive shots of wheat fields and mountains. Yet this is not enough to save White Deer Plain from being a lumbering, tiresome and confused epic, with too few redeeming qualities to warrant watching – a massively disappointing film on all accounts.