Time behaves in unpredictable ways, notions of reality and fantasy collapse and painful personal and national histories are examined in two films by Polish director Wojciech Jerzy Has, The Hourglass Sanatorium (1973) and The Saragossa Manuscript (1964). Both films are based on works of literature; the latter from Jan Potocki’s historical novel The Manuscript Found in Saragossa and the former drawn from several short story collections by Bruno Schulz, most notably Sanatorium Under the Sign of the Hourglass.

In The Hourglass Sanatorium, protagonist Josef (Jan Nowicki) visits his dying father (Tadeusz Kondrat) in a sanatorium, a place that sends him through time to relive his past in uncomfortable detail. It is a dream space in which memories take on strangely symbolic meanings and in which Josef’s childhood insecurities are bought to the fore. He experiences again the humiliation, rejection, and betrayal of his object of affection Bianca (Bozena Adamek) choosing his best friend Rudolph (Filip Zylber) over himself, as well as the first stirrings of sexual excitement with his attraction to the seductive Adela (Halina Kowalska).

The narrative structure of the film is unusual as the past and present seem to occur simultaneously. Josef speaks to his dying father in the sanatorium in the present and there is no visible cut to the flashback sequences from his childhood and adolescence that feature Rudolph, Bianca, and Adela. Josef also remains the same age and wears the same clothes, and it is only through Nowicki’s changing facial expressions and body language, with his childish playfulness or fear contrasting with adult Josef’s solemn expression, that there are hints of a transition between past and present. 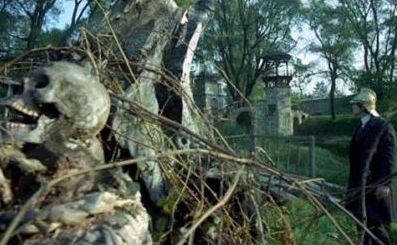 Josef is desperate to find meaning in a world that is constantly changing and where time is disintegrating, parallelling the changing environment of pre-war Jewish life in Poland in which the film is set. Has imbues Schulz’s original stories with a sense of foreboding, and the surreal imagery, dialogue, and visual style of The Hourglass Sanatorium all emphasise a lack of control and rationality that becomes menacing. Josef cannot actively and consciously take charge of events and is powerless to act, and this is linked to both his personal history and to the wider history of Poland.

Has also travels back in time with The Saragossa Manuscript (1964), which is set in Spain during the Napoleonic Wars. It opens with an officer retreating into an inn, where he discovers a strange book with chilling images of two men hanging on a gallows. After a confrontation with an enemy officer the pair find out that the book was written by the second officer’s grandfather, Alfonso van Worden (Zbigniew Cybulski), who served as a captain of the Walloon Guard.The film then retells Alfonso’s tale and explores the origin of the mysterious manuscript. It is an epic adventure story that combines the picaresque with fairytale exotic princesses, forbidden love, Gothic landscapes, and ghostly presences.

Every route on Alfonso’s journey and every situation he finds himself in appears to lead to the gallows and certain death, yet is soon followed by a highly illogical and unexpected escape or rescue. At the end of the film it is revealed that Alfonso has dreamt the journey just before it is actually about to begin. At the small inn in Saragossa he writes his story in the manuscript found by his descendant’s enemy, in effect writing it down before it has even happened. Has thus examines what it means to tell one’s story and the significance of books as a record that shapes individual and national identities.

Intertwining, overlapping stories and the framing structure of the film emphasises the cyclical nature of time. The same events happen repeatedly and Alfonso escapes because he has already done so, it is a predetermined outcome. As in The Hourglass Sanatorium, non-chronological time and the unconscious world of dreams and memories are worse than the finality of death because nothing can be controlled in this perpetual nightmare.