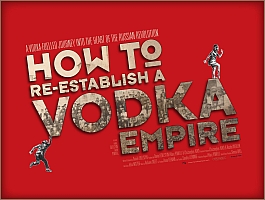 ‘A good story cannot be devised; it has to be distilled’. Never has there been a more fitting example of the the previous Raymond Chandler quote than How to Re-Establish a Vodka Empire (2011), the documentary debut from director Daniel Edelstyn. Having lost his father at the tender age of three, Edelstyn begins to explore his Jewish Ukrainian roots after he uncovers the hidden diaries of his father’s mother, Maroussia Zorokovich.

Although rich in insight, the diaries lack detail and Edelstyn and his wife Hilary set off to far-flung Ukraine armed only with the name Zorokovich, hoping to trace the sugar factory that established his great-grandfather’s fortune. Despite discovering that the sugar factory has long since shut down, he is surprised to find himself an heir to the Zorokovich vodka factory that is the commercial backbone of the town. A sense of social responsibility (and a fair few shots of vodka) compels Edelstyn to revamp the business, and we follow him on his quest to bring Zorokovich to the UK market. 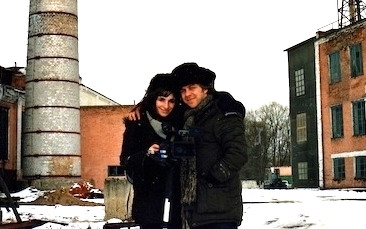 Although Edelstyn’s naïve and quirky approach to business is mildly amusing, the real story is Maroussia’s. In charming and often witty inserts in which Maroussia is played by Edelstyn’s wife Hilary (who bears a striking resemblance), we follow her fascinating journey across Europe with her husband, “a funny little man called Max” played by Edelstyn himself, who leave the oppressive and turbulent Ukraine to find themselves in civil war-torn Ireland.

Edelstyn’s documented life is interspersed with historical archive footage, re-enactments and animation to show that of Maroussia’s, which also succeeds in giving the audience a sense of Soviet culture through the music, costumes and artwork. There are some delightful touches of personality that make for endearing subjects and you find yourself willing the project to succeed.

How to Re-Establish a Vodka Empire’s weaknesses lie mainly in its lack of direction. This may be attributed to the fact that the filmmaker features heavily in front of the camera, but there’s a sense that Edelstyn didn’t have a clear idea of what his film wanted to convey or what point he hoped to make. The spontaneity of picking up a camera and letting the story roll out can work effectively, but the other side to the film is carefully constructed so that the development can feel rather clumsy. There’s also an ‘against all the odds’ element to the storyline which doesn’t quite ring true, but when given an indication of the project’s length at the end of the film, the audience does appreciate just how drawn out the process was.

There’s nothing you would learn about spirit distribution from this film that you wouldn’t learn from a 5-point pamphlet, but watching How to Re-Establish a Vodka Empire is guaranteed to induce the warm afterglow of vodka and the sporadic giggles that follow.