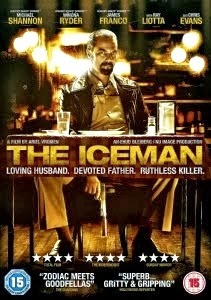 Richard Kuklinski was an infamous contract killer doing the dirty work of various New York crime organisations throughout the sixties and seventies. Estimates of how many lives he ended during his career vary from 100 to 250 according to different accounts. Based on a screenplay by Morgan Land and director Ariel Vromen, The Iceman (2012) follows Kuklinski from his unsettling appreciation for murder to his settled family life. Michael Shannon gamely inhabits the lead role, but this by-the-numbers gangster flick fails to truly get beneath the skin of its subject despite remaining dramatically engaging throughout. 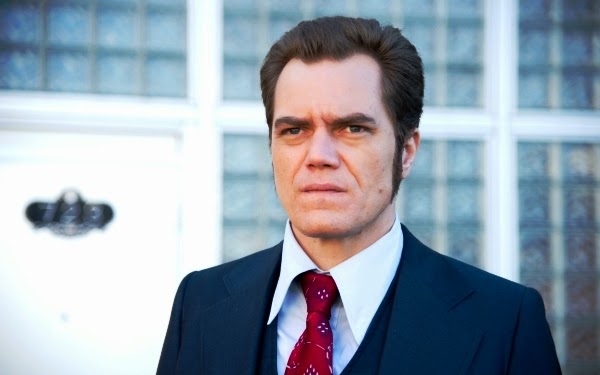 Unbeknownst to his wife Deborah (Winona Ryder), with whom he is awkwardly charming and affable, Kuklinski (Shannon) has a fatally violent streak and works in knock-off pornography. One night he gains the attention of local mobster Roy Demeo (gangster movie stalwart Ray Liotta), when they have a run-in during which Richie exhibits a cool head and stone-cold demeanour. Soon Demeo is putting his latent abilities to good use as an enforcer; a role for which Richie is well paid and, it seems, that he enjoys. However, as things get rough for Roy so they do for Richie, and keeping a happy work/life divide becomes more and more difficult. It all plays out in fairly conventional fashion, without ever pushing on.

Ryder, Liotta, Chris Evans, David Schwimmer and Robert Davi each provide solid supporting turns with Stephen Dorff and James Franco rocking up for single-scene cameos. Vromen’s The Iceman all about the imposing Shannon, however. Unlike a certain gurning Kryptonian, Kuklinski is an example of the actor at his most terrifying; every muscle in his body seems to be restraining an internal rage hell-bent on massacre. Sadly though – much like the film as a whole – that base is never built upon and despite Shannon embodying the danger of Kuklinski, the script never offers much more.

Going through the narrative paces, it fails to offer much insight into who he really was, or more pertinently why. There is a suggestion of childhood abuse but its exploration is completely ignored and a single seen with his brother Joey (Dorff) only serves to make the explanation feel all the more trite. Despite this, The Iceman moves along at a good pace and those in search of racketeers, revolvers and lashings of red should have their appetites sated. It’s Scorsese-lite, lacking both the style and substance to be a real contender, but it’s still enjoyable enough to warrant your time and consideration.