If you were to draw up a list of influential mid 20th century foreign film makers the likes of Fredrico Fellini, Jean-Luc Goddard, Ingmar Bergman and Akira Kurosawa would almost certainly appear, but Luchino Visconti seems to have slipped from the radar and it’s high time he got the reckoning he so richly deserves. 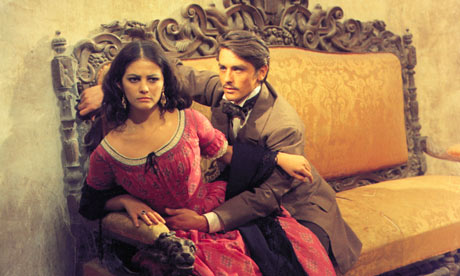 Over the last bank holiday weekend the BFI screened a new remastered version of The Leopard (1963), Visconti’s epic tale of the Sicilian aristocrat Don Fabrizio, Prince of Salina who is determined to ensure his family survives intact during a time of social and political upheaval in 19th century Italy.

Based on the only novel by writer Giuseppe Lampedusa (who died before it was published), the film is a majestical meditation on the burden of power and the misery of change with the stunning locations of Sicily providing an awe inspiring backdrop to the Prince’s decline.
Unusually for a foreign film of this period, the main character is played by a Hollywood star, Burt Lancaster, who Visconti only hired because the studio wouldn’t provide him with the budget he required unless he had a box office name. Tales of studio interference litter the history of cinema and it’s rarely successful, but Lancaster’s portrayal is fantastic throughout. The man bleeds gravitas from his bewhiskered face to his shiny shoes. Dubbed into Italian – Burt couldn’t speak a word – the actor appears to be carved out of oak in this picture and even though the sets are some of the most spectacular and lavish ever committed to celluloid he manges to usurp them.
The rest of the cast are magnificent too. Claudia Cardinale has never looked finer and everything from the costumes to the catering is a wonder to behold. However, the problem many will have with the film is it’s length. At 3 hours long it’s hard on the backside and the pace of the narrative is so slow you might need to chew on something with an evil sugar content to keep you alert, but if you stick with it until the end you will definitely reap the rewards. 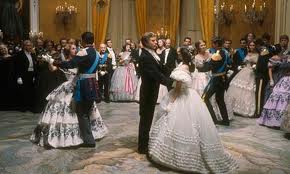 Visconti has been cited by likes of Francis Ford Coppola and Martin Scorsese (who had a hand in remastering the new version) as having a huge influence on their film making. You can clearly see this influence in Scorsese’s Age of Innocence (1993), but it’s Coppola’s Godfather trilogy which owes the greatest debt.

In many ways, The Leopard is very much an 19th century version of The Godfather (1972). The lengthy scenes of familial celebration, the operatic score and it’s use of colour. The similarities go on and on and I would go as far as to say that without The Leopard, The Godfather would not have been been fully realised and almost certainly not regarded as being one of the greatest films ever made.