Now in its fourth year, the Pan-Asia Film Festival 2012 aims to explore the hidden Asian film industries we find ourselves rarely exposed to. Niche J-horrors and adaptations such as Anh Dung Tran’s Norwegian Wood (2010) make sporadic, fleeting appearances on our screens, but rarely cause a stir outside the arthouse circuit. Pan-Asia proposes to reach out to those filmmakers overlooked and boxed into categories – a great deal of wonderful work is being produced across the continent which deserves the time of faraway audiences.

Pan-Asia often has a documentary-heavy programme, and our predominantly skewed view of Asian cinema could not have been more challenged than with 2012 festival opener One More…, the follow-up feature to Frozen (2007) from Indian director Shivajee Chandrabhushan. The documentary expressed a dynamic viewpoint from the eyes of a Ladakh ice hockey team preparing to leave their mountain province and play for their country. 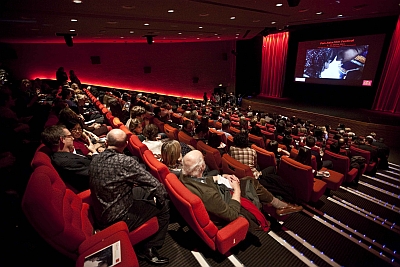 The film’s Opening Night Gala screening underlined the importance that UK audiences try and expose themselves to something other than Bollywood, with a real and heartfelt personal journey of obtuse characters we would normally have no association with. However, given its grand position within the programme, One More… was a little lacklustre in terms of its workmanship.

Though its content is eye-opening and endearing, One More’s… technical approach feels haphazard in parts, and its denouement more predictable than moving. It received scattered laughter at inopportune moments, yet also a tender and rounded applause at the end, and the the festival has since gone from strength to strength (more reviews to come). With a bit of fortune, Pan-Asia should continue to shop, deliver and unwrap Asian delights for years to come, and hopefully transgress our international cinematic borderlines.