The inaugural Sundance London festival today announced its long-awaited film programme for the 2012 event, which takes place at The O2 Arena from 26-29 April. All 14 featured films will be UK premières, with highlights including Julie Delpy’s 2 Days in New York, Kristi Jacobson and Lori Silverbush’s Finding North and So Yong Kim’s For Ellen. All films showing at this year’s event made their debut at January’s Sundance Film Festival, which takes place each year in Park City, Utah. Esteemed actor and director Robert Redford, President and Founder of Sundance Institute, had the following to say on the programme: “While they are American productions they speak to universal experiences and global challenges.” 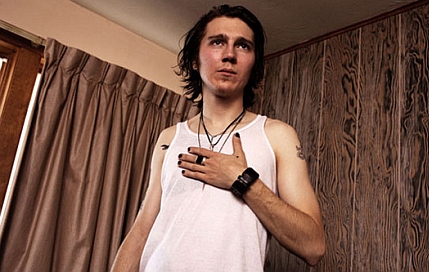 Redford went on to add, “Sundance London also is the perfect opportunity to continue our long-time commitment to growing a broader international community around new voices and new perspectives.” As well as showcasing upcoming film talent, Sundance London will also host a number of multimedia events including live musical performances – most notable of which are a headline set from US band Placebo and Bristolian trip-hop star Tricky (with support from Martina Topley-Bird) performing his hugely influential 1995 album Maxinquaye in its entirety.

Perfectly placed after Berlin and before the Cannes marketing machine has time to roll into action, Sundance London should hopefully provide healthy competition for UK fests including the BFI London Film Festival, Sheffield Doc/Fest and the Edinburgh International Film Festival, giving Brits the opportunity to see some of cinema’s finest emerging talent for the first time on these shores.

The following 14 films have so far been announced as part of the official programme.