The 65th Cannes Film Festival today announced the main competition jury members who will be joining head juror, Italian film director Nanni Moretti, in presiding over the festival and ultimately awarding the coveted Palme d’Or prize. Foremost amongst the newly announced jurors are European actresses Diane Kruger and Emmanuelle Devos, who will join Scottish actor Ewan McGregor (who one hopes will be better at judging films than he has scripts of late). 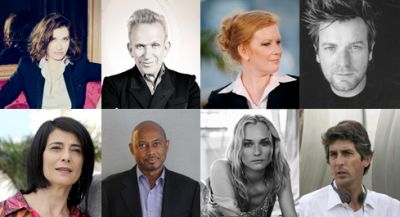 Although the official competition is noticeably light on female directors, Andrea Arnold and Hiam Abbass will also be part of the panel, along with The Descendants (2011) director Alexander Payne and Haitian filmmaker Raoul Peck . Famed fashion designer Jean Paul Gaultier will no doubt add a dash of colour, even if his professional experience of film is limited to some inventive costume design (e.g. 1997’s The Fifth Element).

The jury seems fairly diverse and Moretti has the authority as a former Palme d’Or winner himself (for 2001’s The Son’s Room) to steer the boat. And yet, Moretti is an argumentative soul – one scene from his 1993 film Caro Diario has him tormenting a film critic by keeping him awake reading his own film reviews back to him – and so there could be some fireworks behind the scenes.

In other news, the roster of films has been swelled by the announcement of the Critic’s Week and Directors’ Fortnight selections. The former is made up almost entirely of debut features, including British theatre director Rufus Norris’ Broken, starring Tim Roth, the head of this year’s short film jury . Michel Gondry’s The We and the I will open the Directors’ Fortnight strand, which will also include Ben Wheatley’s Kill List (2011) follow-up Sightseers and Pablo Larraín’s No.