The story is centred on Brandon (Fassbender), a high-flying businessman in New York who suffers from an unhealthy obsession with sex, regularly sleeping with prostitutes and indulging in vast quantities of pornography. While this initially doesn’t appear to be too much of a problem for Brandon, a spanner is soon thrown into the proverbial works with the arrival of his sister Cissy (Carey Mulligan), whose incessant neediness and desire for attention significantly disrupts his sexual routines whilst also exposing his addiction. 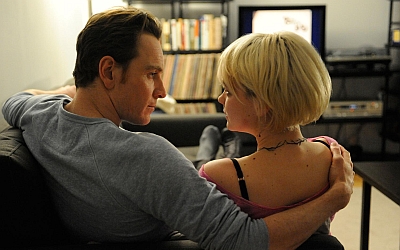 It’s the performances of both Fassbender and Mulligan, alongside the sublime direction of McQueen, that renders Shame a genuine modern day masterpiece. The visual sensibilities of McQueen are evident throughout, showcasing the more glamorous aspects of Brandon’s lifestyle beautifully against its somewhat more grimy elements.

Meanwhile, Mulligan’s turn as the mysterious and often desperate Cissy is near perfect – embodying both a childlike innocence alongside a knowing air of physical promiscuity. Such balance is no more evident than in her introduction to the audience, as Brandon arrives home to find her uninvited in his apartment in the shower, making little attempt to cover her body after he walks in on her. Although this may be seen as nothing more than sibling proximity, there is more than a suggestion that Cissy is fully aware of the effects of her seductive behaviour, as we see when she tries to get into bed with her brother in the middle of the night due to the cold weather, leading Brandon to aggressively and repeatedly scream at her to get out of his room, possibly hinting at a more sinister moment from their past.

However, it is Fassbender’s performance that is ultimately at the heart of Shame’s success, in a portrayal that is pitch-perfect on every possible level. As an actor who can currently do no wrong, Fassbender provides yet another astonishingly powerful turn, bringing both an imposing sense of physicality to the role, as well as impeccable subtlety, to create a deeply complex character whose emotionless sexual compulsiveness serves as a means to escaping a greater underlying sense of tragedy.

Due to its difficult subject matter, Shame is certainly not going to be to everyone’s taste; there is little in the way of relief from the intensity of the film’s leading performances, and the sex scenes are far from titillating. Still, these aspects aside, Shame is without question one of the most impressive and accomplished British efforts to have graced our screens over the last twelve months.

Win a copy of Steve McQueen’s Shame on Blu-ray with our fantastic giveaway competition. Follow the link to enter.