At a low-key press conference at the Filmhouse earlier this morning, newly-appointed artistic director Chris Fujiwara took to the podium to announce the official programme for the Edinburgh International Film Festival 2012, due to take place at venues across Edinburgh including Cineworld, Filmhouse and the Cameo from June 20 – 1 July. The festival, now in its 66th year, will include 121 new features and documentaries from over fifty countries around the world. Highlights include Bobcat Goldthwait’s God Bless America (2011), episodic Cannes-entry 7 Days in Havana (2012), Sheng Lu’s Here, There (2011) and  Frédéric Jardin’s acclaimed action-thriller Sleepless Night (2011).

This year’s edition also sees ten films competing for the Michael Powell Award, back after its one-year hiatus. The films contending for the prestigious prize are Pusher, Day of the Flowers, Future My Love, Berberian Sound Studio, Flying Blind, The Imposter, Life Just Is, One Mile Away, Small Creatures and Shadow Dancer. Each of these films have been selected due to the exciting British talent that have brought them to the screen and represent the current state of the UK filmmakers currently working in the film industry. 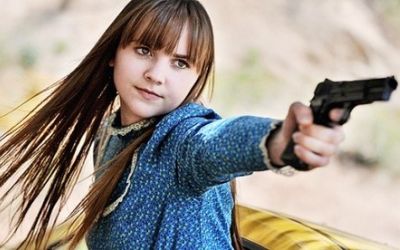 As previously announced, the festival will included two retrospectives. The first will examine the work of cult Japanese director Shinji Somai, responsible for, amongst others, Love Hotel, Luminous Woman and The Terrible Couple, while the second will look at how American director Gregory La Cava heralded a new age in cinema, that of improvisation.

With the Opening and Closing Galas – William Friedkin’s Killer Joe (2011) and Disney Pixar’s Brave (2012) respectively – bringing a touch of class to proceedings, and what appears to be a brilliant assortment of world cinema, this year’s instalment of the world’s longest continually running film festival sees it returning to welcomed territory. The Edinburgh International Film Festival programme may not feature as many commercial names as you’d find at Cannes, Venice or even London, but it does appear to encapsulate the festival’s vision – to discover and promote the very best in independent cinema – and show an artistic director keen to atone for the shambles that was last year.