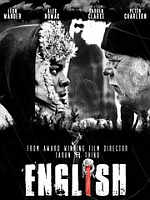 Approximately a year ago today, a swarm of antipathy left London in a choke-hold as a series of riots engulfed the capital. What began as a peaceful protest against police brutality mutated into a beast more brutal than anyone could have envisaged. Described as ‘copycat violence’ by the media, thousands upon thousands took to the streets in a tirade of hateful ignorance. And from this ignorance stemmed an easy target – youth culture. Thankfully, Tarun Thind’s 2010 assured short English aims to bring vital balance to the debate.

It can be argued that we, as a society, need stereotypes in cinema. Only when the stereotype is illustrated on-screen are we then able to dismantle it. So by depicting so-called ‘youth culture’ in movies, we as the self-addressed cinephiles, must take on the task to promote social change and form our own peaceful protests in the only way we know how: bringing young filmic talent, such as Thind, to the fore. 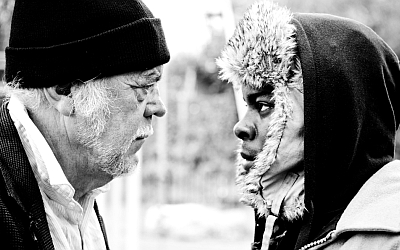 English colours a meditative landscape of urban London and all its stereotypical misdemeanours. Thind’s lens highlights the premeditated injustices the young face in modern society. Scene by scene, each collective assumption is addressed and shattered until we are left with nothing more than deafening silence. As two mute protagonists – armed with contrasting ethnic backgrounds and a harmonica – loiter through the city suburbs, vexed subcultures slow their journey, equating to a screaming finale.

The short’s topical linchpin, while somewhat undeveloped, sustains a constant level of rigidity that reflects upon the social tensions of modernity. Generous splutters of Mathieu Kassovitz La Haine (1995) scar each frame’s searing aesthetic perspective, carrying the taut dynamics to pressure point. However, as can often be the case with developing British filmmakers, English is stained with rehashed motifs which ultimately belittle the short’s anarchic intentions.

Despite such drawbacks, English is clearly the work of a young, talented director searching for a comfortable foothold. Thind’s politically in-tune creation could very credibly be the foundation of a fruitful career. A whole year has now passed since the youth stereotype was hawkishly reinforced, leaving diplomatic dexterity such as Thind’s more essential today than ever before.