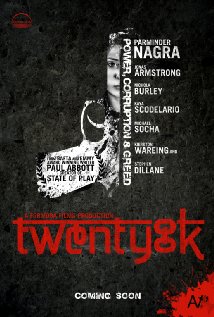 The London 2012 Paralympics end this weekend, bringing to a close a summer of British athletics that has seen unrivalled joy that has infected the populace as well as those taking part. As such, a film centring on corrupt politicians in the lead up to this year’s games may not quite seem to fit the general mood, but that’s what we’ve got in urban gangster drama, Twenty8k (2012).

Written by Paul Abbott (scribe of several successful TV shows) and directed by David Kew and Neil Thompson, the film follows Deeva Jani (Perminder Nagra) as she returns to London from the continent after little brother Vipon (Sebastian Nanena) is charged with a shooting having been identified fleeing the scene with the murder weapon. Things are not what they seem, however, and soon Deeva is playing detective not only tailing following local thugs like Tony (Michael Socha) but also lead investigator DCI Stone (Stephen Dillane) and teenage prostitute Sally (Kaya Scodelario). 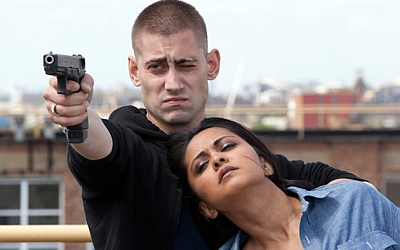 The big picture highlights the comparative loyalty and virtue in the gang culture when compared to that of the politicians and police officers; Vip refuses to reveal who actually committed the crime out of loyalty to the Twenty8k gang whilst at the drop of a hat, politicians will happily beat, rape and murder to advance their political positions.

The convoluted plot brings in more characters and more story strands with each passing minute which does work the story engaging and the prospect of how things will play out is an intriguing one. It can’t disguise, however, the fact that there’s almost no emotional connection to be had. None of the characters are especially likeable (or even very interesting) and the one person that needs to be, our protagonist Deeva is a bit of a damp squib.

So even with the best of final twists, the film would be struggling to rise above the standard sprawling crime thriller, so the fact that the big reveal is blatantly obvious from the very beginning does little to help the cause. You would expect a bit better from the writer that penned 2003’s State of Play, though many elements of that are reused here to lesser effect.

Diverting? Absolutely. Entertaining? Certainly, yet Twenty8k is hampered by an obvious culprit, a lack of depth to its characters and overall themes that seem to jar with the jubilant Olympic atmosphere whilst lacking exactly what the games had in abundance; heart.