In 1994, three teenage boys were jailed for the murder of three children in West Memphis, Arkansas. After the hysteria of the initial trial, with the murders being alleged to have been a part of a satanic ritual, campaigners have fought for over a decade to prove the innocence of the convicted teens. This fight for justice forms the basis of documentarian Amy Berg’s new film. A committed and angry polemic, West of Memphis (2012) is admirable in its detail and execution but sadly hindered by some questionable finger-pointing and an inappropriately celebratory ending. The first act of the film, documenting the prosecutorial errors of the initial trial, is an astonishing piece of filmmaking.

The director’s sense of scope is extraordinary, covering everything from the media-driven hysteria and sociological issues to the political and judicial factors in a way which is both gripping and illuminating. The range of interviewees who appear in the film is equally impressive, with each one being subject to probing and thoroughly researched questions from Berg. Whether it’s campaigner and Pearl Jam frontman Eddie Vedder or a neighbour of the convicted three, each interviewee is given ample space to present their case, good or bad. 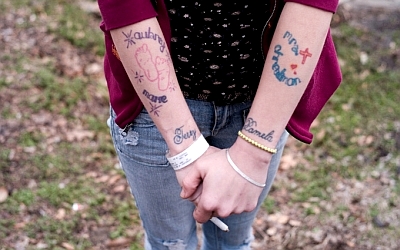 West of Memphis begins to falter when it starts pointing the finger at Terry Hobbs, the stepfather of one of the murdered children. While Berg presents some persuasive evidence against Hobbs, the methods by which he is pursued – such as taping his phone calls with a close friend – are troubling for a film which is supposed to be about the failure of due process. This decision is especially surprising after the second Paradise Lost film vociferously but mistakenly accused another man of the murders.

The case remains unsolved at the end of the film and, while Berg does commendably focus on the obstinately political and bureaucratic reasons for that, the victorious and celebratory tone is of questionable taste. While justice may have been belatedly served for some, it does not change the fact that three sets of grieving parents still don’t know who killed their children.

Given the brilliantly constructed and rigorously reasoned first half, it’s a shame that the increasingly polemic drive of the film results in some more disputable (and unnecessary) directorial choices. But West of Memphis is still commendable in its scope and passion.