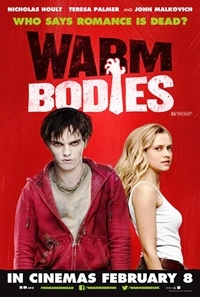 Jonathan Levine, writer-director of 50/50 (2011) and The Wackness (2008), turns the zombie movie sub-genre on its head to successful, heartwarming and humorous results with Warm Bodies (2013), an adaptation of Isaac Marion’s bestselling post-apocalyptic novel. In a world ravaged by an unknown plague that’s left most of the population as undead, brainless corpses, R (Nicholas Hoult) is a unique specimen: a zombie who maintains a peculiar sense of humanity. R’s newfound existence, which mostly includes pacing and grunting, is overturned when he meets beautiful survivor Julie (Teresa Palmer) – and consequently falls for her.

The immediate love R has for her, coupled with the memories he experiences through snacking on her dead boyfriend’s brains, brings about a change – a change that’s soon threatened by Julie’s merciless father (John Malkovich) and the advancing Boneys, a vicious zombie pack beyond redemption. The script is far from foolproof, but Warm Bodies is undoubtedly an inventive zombie rom-com, bolstered by Levine’s involvement and a voiceover narration that’s simply dripping with sarcasm. 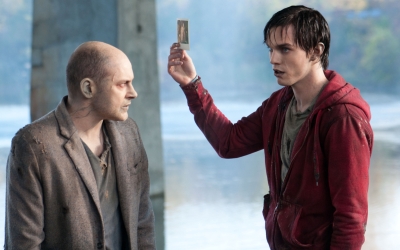 The tongue-in-cheek tone is instituted from the very start, and Levine isn’t afraid to break a few genre rules to ensure that the film strikes a sturdy balance between a wide range of tones – a tricky, yet ultimately fruitful achievement. Its deliberate measured pace matches R’s slowly thawing heart and the blossoming bond between R and Julie well. This, in addition to the well-thought-out central performances delivered by both Hoult and Palmer (their chemistry, too, is surprisingly bright and sparky), adds a realistic and believable quality to Warm Bodies that immediately sets it apart from your average rom-com fodder. Levine’s literal indie heartwarmer is an old-school coming-of-age romance set against a bleak, post-apocalyptic backdrop – and is all the better for it.

More substantial issues, like how we as a species are becoming too reliant on technology and missing out on those tender moments of human-to-human interaction, is littered throughout Levine’s script, yet they never feel too heavy-handed. The humour, too, is spot-on, and there’s a handful of well-implemented literary (William Shakespeare’s tale of star-crossed lovers, Romeo and Juliet, being the most prominent) and pop culture references for those with a sharp eye.

The supporting cast hold up their end, with Rob Corddry and Analeigh Tiptin as R and Julie’s friends respectively, in particular, proving their worth and delivering some of the films best laugh-out-loud lines. It’s buoyed further by impressive production design and an outstanding soundtrack that puts many pop classics to amusing use. Warm Bodies, then, is a smart amalgamation of genres that will charm your socks off.