Film Review: ‘Down by Law’ 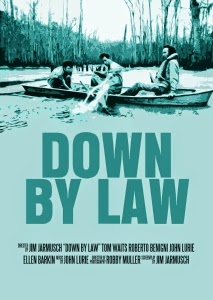 Decades before the phrase was put through the commercial wringer, hipster culture was brought to the fore via the films of singular US filmmaker Jim Jarmusch. A guiding light in the burgeoning independent scene of the 1980s, Jarmusch’s efforts are being recognised at the BFI via a well-earned retrospective entitled Jim Jarmusch and Friends, which also includes features from filmmakers who share a kinship with the director (sadly, work from his former protégé Tom DiCillo is conspicuously absent). Part of that line-up includes Jarmusch’s renowned third feature Down by Law (1986), which has been fully re-mastered and is also receiving a limited theatrical run courtesy of the BFI and UK distributor Soda Pictures. 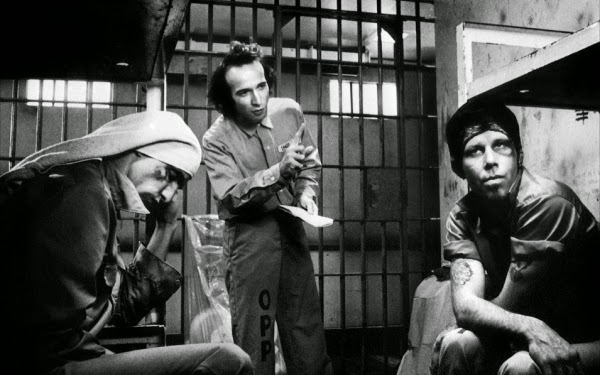 Coming hot on the heels of his breakthrough feature Stranger Than Paradise (1984), Down by Law really helped solidify the director’s unique sensibility, and is chock-full of the little idiosyncrasies Jarmusch has steadfast preserved during a career which now straddles four decades. One noticeable aspect of this new print is the exquisite black and white cinematography from Robby Müller, who would go on to shoot five of the director’s features. His work gives the film a timeless quality, evoking in the first act a beautiful, noir-like atmosphere which the director further embellishes via the stylised dialogue and heightened delivery of it by his peripheral characters. New Orleans, the film’s predominant setting, has a haunted and romanticised feel, and is every bit as integral to the mood of the piece as its memorable stars.

Sitting weary and forlorn in the shadows of this environment is Zack (Tom Waits), a wannabe disc jockey who has been dumped by his lover (a brief but memorable turn by Ellen Barkin), his belongings cast out into the street by his apartment. His situation is about to grow significantly worse when he finds himself banged up in the slammer with Jack (John Lurie), both of whom have been double-crossed by the criminals they fraternise with. Into the mix arrives Bob (future Oscar-winning Italian actor and director Roberto Benigni), an inquisitive and annoyingly buoyant Italian tourist with a vague yet unwittingly poetic grasp of English. As the ‘action’ focuses on the prisoner’s plight, all told within the stagy confines of a threadbare cell, Jarmusch brings a snappy dynamism between the trio.

His decision to cast two musicians (Lurie and Waits) pays dividends, their innate pacing and rhythm offering a distinctive respite to the more farcical, staccato delivery from Benigni. As the characters gradually make an escape across the bayou and to freedom, the film too, runs off on its own winsome, infallible logic. In many ways, Down by Law feels like the quintessential Jarmusch. It’s a perfect distillation of that strange whimsy and resolutely deadpan humour – harvested via the director’s life-long passion for world cinema – which is very much evident in the standouts from his back catalogue – namely portmanteau piece Night on Earth (1991), Dead Man (1995) and his existential nineties crime pastiche Ghost Dog (1999).