Cannes 2013: ‘Nothing Bad Can Happen’ review 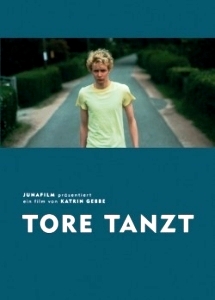 Showing in the Un Certain Regard section of the 66th Cannes Film Festival, Katrin Gebbe’s debut film Nothing Bad Can Happen (Tore tanzt, 2013) is a harrowing tale of abuse with a highly dubious morality at its core. Tore (Julius Feldmeier) is a young, gawky member of The Jesus Freaks, a collective dressed like anarchists or members of the Black Bloc, but who listen to Christian punk and are devoted to their own version of the faith. After a chance encounter with a family in a car park Tore fixes their car with the power of prayer – and a setback with the group and his best friend, he’s persuaded to move in with them. 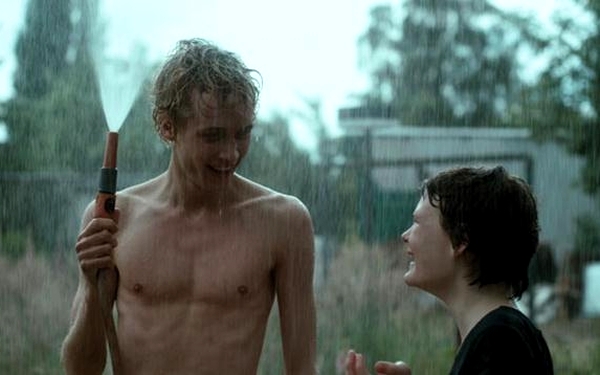 Tore is coerced by Benno (Sascha Alexander Gersak), an outgoing, seemingly generous man who struggles to connect with his partner’s children, and also enjoys indulging in ‘rough and tumble’. However, the horseplay soon becomes more serious when Bruno begins bullying T. – a homeless stray with no real means of defending himself. Gebbe’s Nothing Bad Can Happen is a competent, at times stylish piece, though it often tries too hard; the use of chapter headings, for instance, feels like an abject gimmick. The actors all play their parts well, particularly Gersak, who in Benno has created a very human and credible monster, an individual who remains charismatic even as his true colours are revealed.

The film’s biggest problem is in its apparent validation of abuse – perhaps the reason that Nothing Bad Can Happen was greeted with an extremely harsh reception, despite the director and cast being in the audience. Showing such cruelty requires some justification if the film is to avoid being punitive. Tore’s Christian beliefs don’t just make him more vulnerable to abuse, but also make him complicit. His imitation of Christ even sees him accept the mortification of his own flesh – at one point eating a rotten chicken, at another submitting to rape – without resistance or seeking outside aid. His rationale is that his action (or lack thereof) can help protect his peers, if not inspire them to leave.

It’s this skewed logic that Gebbe’s film accepts and advances, beatifying its victim and, in a perverse way, rendering the abuse necessary for the salvation of others. Regardless of the fact that Nothing Bad Can Happen is based on a ‘true story’, the artistic decision made by Gebbe to accept her protagonist’s own interpretation of his suffering so wholeheartedly makes the victim complicit in his own horrendous suffering – which does feel dangerously close to justification.