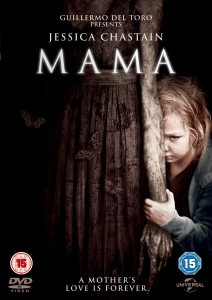 With renowned Spanish fantasy-horror maestro Guillermo del Toro – the visionary director behind Cronos, The Devil’s Backbone and Pan’s Labyrinth – on producing duty, early signs were promising for the Andrés Muschietti-directed Mama (2013), a tale of two orphaned sisters taken in by the spectral presence referred to in the film’s title. However, while del Toro’s previous works managed to forge a truly unique vision and arguably a new spin on a tired genre, Mama sadly fails to capture any such innovation; calling on a host of horror clichés and all too familiar tricks of the trade in its bid to pull a few cheap scares. 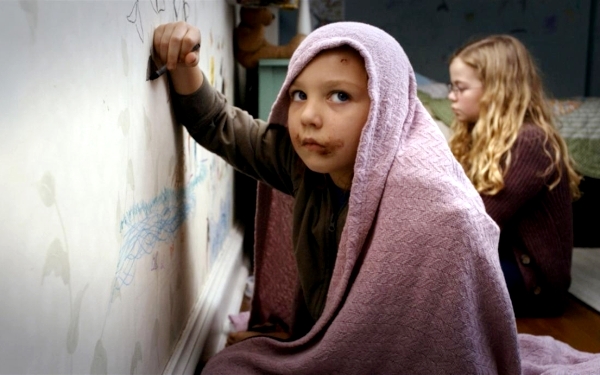 The story follows Victoria (Megan Carpenter) and Lilly (Isabelle Nélisse), two young, orphaned sister who are mysteriously saved from their crazed father’s shooter just before he is about to kill them, thanks to a spectral force later referred to by the girl’s as ‘Mama’. Five years on the girls are found in a feral condition in the woods by their now deceased father’s brother Lucas, played by Game of Thrones’ Nikolaij Coster-Waldau. He then tries to reintroduce them to a normal family life with his goth rocker girlfriend Annabel (Jessica Chastain). Inevitably, this doesn’t quite go to plan, what with the girls’ living on a diet of berries and moths – not to mention their insistence that this mysterious Mama figure is back on the scene.

What follows is an all too familiar horror by numbers yarn, filled with ‘spooky’ child stares and brief glimpses of a dark shadows. Despite solid performances all round, particularly from the ever-impressive Chastain and Javier Botet (the man behind the monster), Mama still fails to serve up any genuinely scary moments. Yes, there are the odd moments of tension, and the eerie aesthetic will have you one the edge of your seat on occasion, yet it still falls significantly short of providing any genuinely memorable frights.

With a figure of del Toro’s magnitude on board, it’s perplexing and at times infuriating to see such a lack of originality on display. Sadly, in spite of a potentially intriguing reflection on the mechanics of family and its effects on its young, Muschietti’s Mama falls all too willingly into the well-trodden footsteps of many a generic by-the-numbers horror tale.