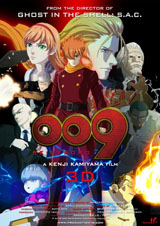 Based on Shotaro Ishinomori’s 1960s Manga comics, Kenji Kamiyama’s 009 Re: Cyborg (2012) transforms its source into a visually lavish, if thematically and structurally problematic tale for a post-9/11 world. Set in the future, we find a very recognisable scenario where terrorists (purportedly hearing the ‘Voice of God’) are blowing up buildings across the globe. The Cyborg unit, a team of nine international super-charged heroes, set out to put a stop to the bombings. The plot is relatively simplistic in tone, offering what is yet another superhero team coming together to put a stop to a sinister terrorist organisation. 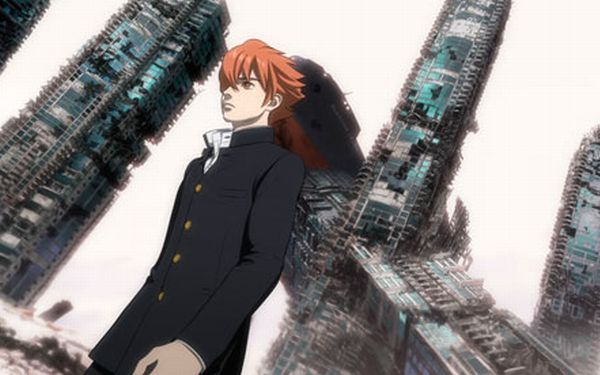 Kamiyama has gone to great, if remarkably misguided, efforts, to stuff bloated musings on very woolly theology and dodgy political theory into every beautifully hand-drawn, CGI-enhanced frame. The idea of the ‘Voice of God’ quickly taps into a very broad identification with Jihadist terrorist groups giving the tale some modern relevance; however the simplicity with which the subject matter is treated would make a schoolboy chuckle. We get a lot of high-flying action sequences, the cyborgs teleporting or flying depending on their particular technological upgrade. In such instances we forget for a moment of all the trite philosophy and get to appreciate the beauty of this much-loved comic series.

The firm behind the film is Production IG, the people who created Ghost in the Shell and Patlabor, and they have long held a track record for stunning animation. That is once again proven as, along with Kamiyama, they seamlessly blend the hand-drawn backdrops and characters with attractive 3D sequences. Depth of field enhances this tale greatly and it is here that most pleasure can be derived.

However, despite its good looks, there’s no escaping 009 Re: Cyborg’s tiresome and hollow script. Throughout, all we see are underdeveloped characters waffling on discussing some strange blend of Shinto, Buddhism and Judeo-Christian values ad nauseam. Try as you might to find the film’s positives there is too little here to genuinely get to grips with. This is a tremendous pity considering its production values, but when it comes down to it, if the story isn’t there all you have is an attractive animated bauble.