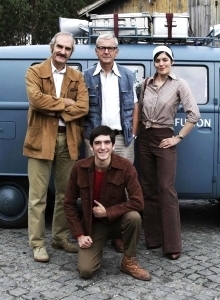 Set in 1974, Lionel Baier’s Longwave (2013) centres on global broadcasters the Swiss Radio Service. Its French office feels the need for a hit, and that’s when its general manager decides to send a troupe to Portugal for a special reportage to investigate Switzerland’s aid to poor and developing Southern European countries. The travelling entourage couldn’t be more mismatched: Joseph-Marie Cauvin (Michel Vuillermoz), an ageing reporter known for his chauvinistic views and womanising ways, is paired with proto-feminist Julie Dujonc-Renens (Valérie Donzelli), an up-and-coming presenter of all-women programmes. 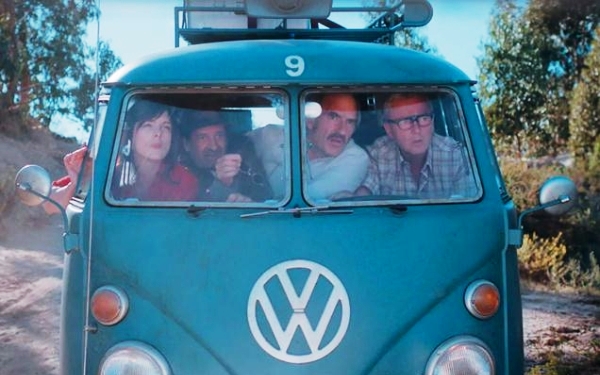 Stuck between the two primadonnas is quiet soundman Bob (Patrick Lapp), who devoutly sleeps inside his Volkswagen van, surrounded by tape recorders and microphones. The Swiss trio heads to the Portuguese countryside to find out that Swiss money ended up buying the local school clock, faucets that mix hot and cold water, or in putting up a sign for a new housing project that will never be built.

Thinking that they’re missing the scoop because of their lack of linguistic capacities, they hire on spot a Portuguese boy (Francisco Belard), who learnt his French from Marcel Pagnol films and dreams of moving to the French Riviera. Luck will strike when they’ll happen to return back to Lisbon with empty reels, only to find out the Carnation Revolution, which removed Portugal’s neo-fascist dictatorship from power, just started on the streets. Cauvin will have the chance for a reportage to put his career back on the tracks, while Julie and the others will discover a new side of their sexual politics.

Partly based on a true story, Les grandes ondes (à l’ouest) – to give it its original title – is a vintage-styled light-hearted comedy. The times when world news were made with quarter-inch tape seem centuries away now, and the film portrays the period quite well. Old cars, clothes, furniture and behaviours are spot on in recreating the seventies era. Written by Baier with Julien Bouissoux, Longwave is a small, cute film that will play well on the festival circuit.

The 66th Locarno Film Festival takes place from 7-17 August, 2013. For more of our Locarno coverage, simply follow this link.