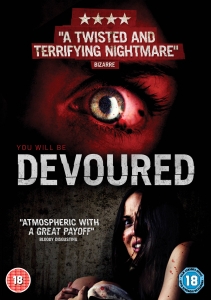 Devoured (2012), the new horror from Lemmy director Greg Olliver, has commendable aspirations of being a shocking and twisted original. However, whilst it may be bizarre, this strange outing – an official selection of Grimmfest 2012 – ultimately disappoints due to its soullessness and an underlying sense of confusion. Lourdes (Marta Milans) is a Spanish-speaking immigrant who works as a kitchen assistant in a New York restaurant. The little money Lourdes earns is sent abroad to her aging mother and sickly son, whilst she’s overcome by the hopelessness of her situation and the unpleasantness of her boss. 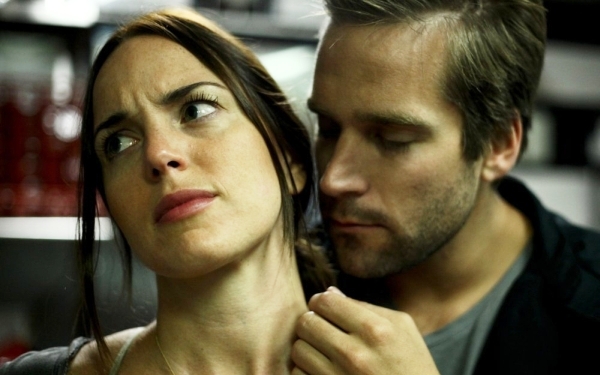 Haunted by the frequent manifestations of a strange and unexplained apparition, Lourdes finds her increasingly fragile mental state pushed to breaking point with devastating results. The marketing behind Devoured have tried to sell it as a modern horror which harkens back to grimy 1970’s New York-based psychological shockers such as Taxi Driver (1976) and The Driller Killer (1979), and as such you can see what Olliver was ambitiously aiming for. The film’s evocation of the Big Apple, shot mainly in a grey and muted palette, lends the city a feeling of isolation and disjointedness which is reflected in the loneliness of Lourdes’ character. Milans’ depiction of Lourdes’ unhinged persona is one of the undoubted highlights.

The real problem with Devoured, however, is a sense of disorientation (intentional or otherwise) established shortly after the film starts, and which continues for its hour-and-a-half duration. Without giving away what little plot and resulting suspense there is, following its intriguing opening Olliver’s chiller is told in one long flashback – an aspect which may take you several minutes to realise. Though the fact that several of the main characters who appear throughout the film could be the perpetrator of the ensuing crimes is clever, the way this leads the viewer down various blind alleys feels, in the end, more frustrating than rewarding.

Add to this a grotesque spectre-like figure whose intermittent appearances are never really explained, and the resulting runtime leaves the viewer with more of a sense of frustration than disquiet. Taken as a whole, whilst Olliver’s technically assured Devoured could have had the potential for the basis of a disturbing episode of CSI: NY (or another brooding procedural of its ilk), it unfortunately fails to deliver the meat required for an extended exercise in contemporary psychological horror.

Win a copy of Greg Olliver’s Devoured on DVD with our latest competition. Follow this link to enter.