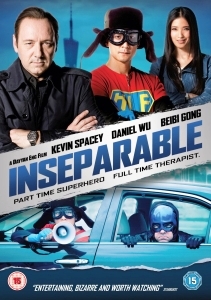 Sometimes, you really have to question a film’s motives. Inseparable (2011), directed by Dayyan Eng and starring Kevin Spacey, Daniel Wu and Beibi Gong, is a case in point. Li (Wu) is at the end of his tether. Unable to get close to his wife Pang (Gong) and caught in a moral quandary at work – where doing the right thing will inevitably result in his dismissal – he feels that life isn’t worth living. As he’s in the process of attempting to hang himself, he hears a knock at he door. Enter the enigmatic Chuck (Spacey), who makes Li see his situation from a different angle, setting him on a path which may just change his life for the better. 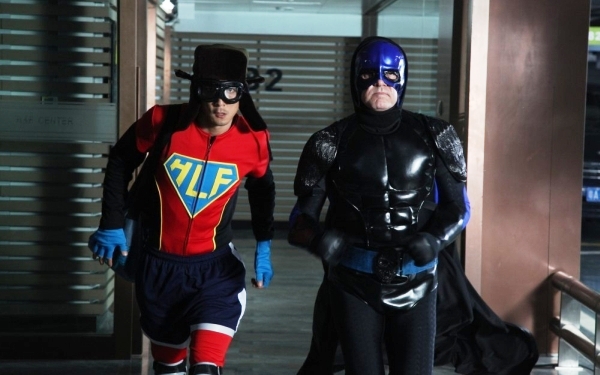 Inseparable is a film which raises a number of perplexing questions, in addition to the one posed in the introduction. Firstly, what, if any, is its message. Clearly aiming to tell you that doing the right thing always pays in the end – even if the result is simply that you will feel more comfortable with yourself – this wisdom is so tangled up in the soul searching by the central character of Li that by the final denouement the viewer will most likely have lost interest. Secondly, why is an actor of Spacey’s calibre appearing in a film like this. Now, you might understand Wu and Gong taking up their roles: though they’ve starred in a reasonable amount of films between them, their careers so far have been limited to their domestic industry.

Spacey, on the other hand, has garnered the praise and respect of the Hollywood establishment, to the extent that you would think he could be a bit more selective in his choice of parts. Clearly, he saw this as one of those roles Oscar-winning actors take because they ‘want to’ and not because they ‘need to’ (i.e. for spiritual, rather than monetary gain). However, short of a free trip to China where it was filmed, one can’t see any reason why he would have wanted to be involved in this aimless production. Knowing that Inseparable had been on the shelf for a couple of years before it found a distributor, you do have to question why. The proof, in this case, is in the pudding.