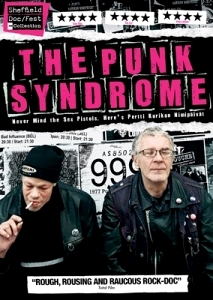 The language of punk can be equally as consoling as it is pugnacious. At its core, punk embraces eccentricities and shits on social inequalities. If you’re not a fan, you’re petrified of its potential to unshackle the minds of the oppressed. Yet amongst punk’s iconoclasts, there are leagues of faceless revolutionaries, screaming for their messages to be heard. Whether that message illustrates leftist frustration or a loathing of your care home’s pedicure regime – as heard in Jukka Kärkkäinen and Jani-Petteri Passi’s The Punk Syndrome (2012) – the music acts a soapbox for even the most unassuming of speakers.

The Punk Syndrome is a warm and often humorous doc on “Finland’s most kick ass punk band,” comprised of adults with learning difficulties. Initially posing itself as a treatment for a Harmony Korine short, its borderline impossible not to set one’s moral standpoint on the defensive. The question “Are we being forced to laugh at or with?” oscillates wildly in early scenes. Yet, what   deliver is an honest, heartfelt depiction of a band combating with their mental incarcerations through the liberating DIY principles of punk music. 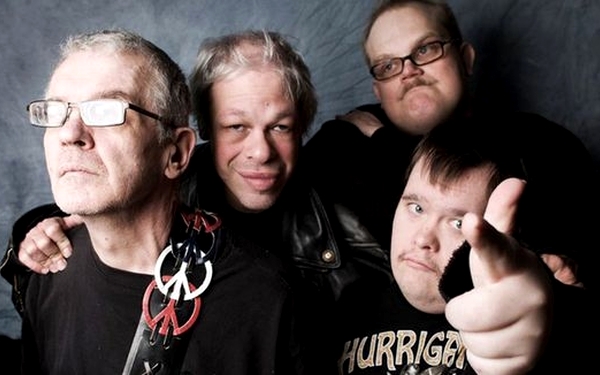 Though a warts-n-all, rough-and-ready documentary, what The Punk Syndrome lacks in visual direction it more than makes up for in unadulterated soul. From practice studio to club stage, the filmmakers are offered full exposure to the band, named Pertti Kurikka’s Name Day. Each member, battling with the complexities of their bodily confinements, allow their emotional disrepute for parliamentary treatment to the disabled and their unfathomable love for everything punk to shine bright enough to dash any preformed stigma of the mentally ill. Moments such as Pertti acting as host to his own birthday party, coupled with the band’s manager reminding Pertti to change his underwear if he soils himself are sensitively rendered.

Brimming with electric live performances and genuinely entertaining songs (mainly focused on drinking coffee), the band experience the same trivial tribulations as any rock group: the frustrations of songwriting, the diva tantrums and band fall-outs. And while the novel USP of the band may converge with each individuals’ disability, the DIY allure is far less ostentatious than that of established rockumentaries (i.e. Joe Berlinger and Bruce Sinofsky’s well-received Metallica doc Some Kind of Monster).

What is most evident is the passion that Pertti Kurikka’s Name Day have for punk music. Every performance is an achievement. It’s a self-professed retaliation to society’s treatment to the mentally ill. You can physically see their delight as they haphazardly brutalise their vocal nodules. This is where Kärkkäinen and Passi’s The Punk Syndrome succeeds: it gives these Finnish punk stars the platform they need (and so richly deserve) in order to feel truly special.