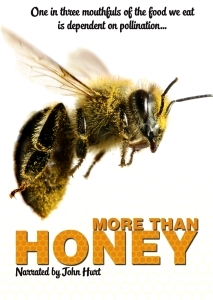 ★★★☆☆
Narrated by British national treasure John Hurt, Markus Imhoof’s More Than Honey (2012) serves as an impassioned ode to the humble bee, whilst at the same time lamenting the steady decline of these most important of insects. Though Albert Einstein’s belief that “if the bee disappeared off the surface of the globe, man would have only four years to live” now feels slightly outdated given the exponential rise of food manufacturing, the bee’s significance should not be understated. As Hurt explains, almost a third of the food we eat now depends on the intervention of these diminutive creatures, now certainly “more than honey”. 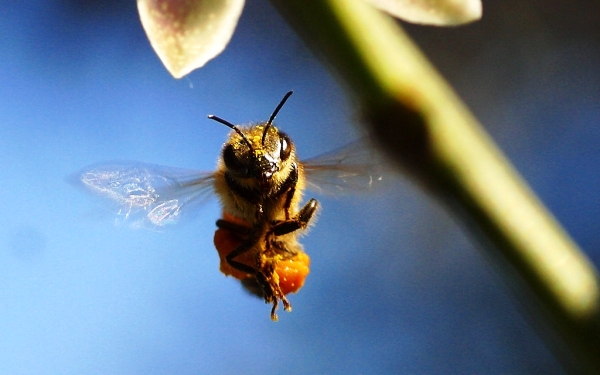 The past fifteen years have seen a sharp drop in bee numbers, due to a plethora of different factors, yet all linked to the same worrying phenomenon: “colony collapse disorder”. As we learn, bees are extremely regimented creatures, with drones and warriors all serving under the mantle of one all-powerful queen of the hive. As beekeepers have discovered over the centuries, control the queen and you control the colony. With such a delicate hierarchy ingrained into the mind of each and every insect, it doesn’t take much to completely disrupt the equilibrium. From human-created pesticides and cataclysmic cross-breeding to decimating parasites and Alien-esque viruses, the world’s bee population faces threats from all sides.

Whilst perhaps better suited to an evening slot on a terrestrial television channel than your local independent cinema, Imhoof has undoubtedly constructed a compelling case in favour of bee colony preservation. Featuring illuminating interviews from experts across the globe (including some eccentric yet affable German beekeepers), More Than Honey provides its audience with a solid grounding in the issues at hand, as well as a greater understanding of the complexities of bee society. All the while, Hurt offers up his own personal insight into matters, with several nostalgia-inducing anecdotes made in reference to his family’s beekeeping past. Twee perhaps, but ultimately excusable.

Though its difficult to see audiences flocking to see this endearing documentary en masse, particularly given the inconsistent draw of the filmmaking form in general, there’s more than enough here to entertain bee enthusiasts and the environmentally-conscious curious alike. Hurt is a sage choice as narrator, bringing a warmth and whimsy to a subject that could easily have descended into biological jargon-spouting. One telling snippet of More Than Honey is arguably worth the price of admission alone, Imhoof’s observant camera watching on as Chinese workers hand-pollinate flowers in an area of the growing superpower now completely devoid of bee life.