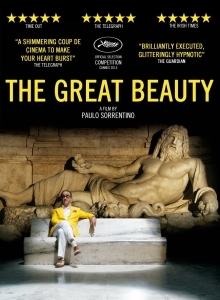 ★★★★★
Pipped to the Palme d’Or post this year by Blue is the Warmest Colour, The Great Beauty (La Grande Bellezza, 2013) is a sparkling return to form for Italian filmmaker Paolo Sorrentino, following the disappointment of his bemusing English-language debut This Must Be the Place (2012). Starring regular collaborator Toni Servillo, Sorrentino has crafted a masterful ode to human existence, complete with its dizzying highs and miserable lows. Drunk on the visual majesty of Rome, just as Fellini once was, this is arthouse cinema at its most effortlessly entrancing, with life and art blending into one magnificent whole.

Jep Gambardella (Servillo), a 65-year-old journalist and one-time novelist (whose sole literary endeavour, The Human Apparatus, was published to widespread acclaim during his youthful heyday), is seeing out his days amongst Rome’s high society, in what he describes as “the whirl of the high life” – a vortex of rooftop parties and decadent late-night soirées. However, when Jep learns of the tragic death of a beautiful woman he loved as an 18-year-old, the writer’s past regrets and misdemeanours are suddenly thrust back into the fore. Having now reached the age where he considers himself too old to do things he has no passion for, Gambardella sets out to find and capture life’s “grande bellezza“. 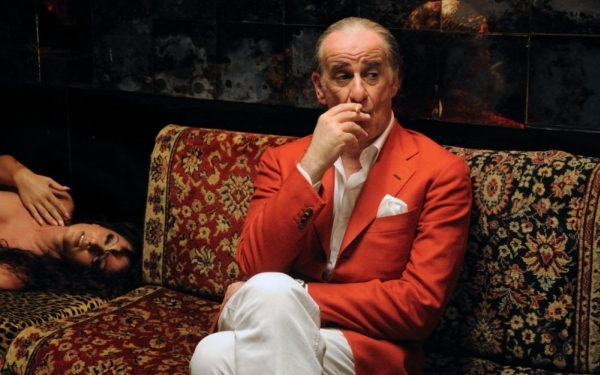 Taking influence rather than aping such Italian grandmasters as Fellini and Antonioni, Sorrentino may well have made his masterpiece. Whereas his murky 2008 political drama Il Divo (also starring Servillo as real-life figure Giulio Andreotti) sought to chastise Italy’s dark heart, The Great Beauty is a joyous cerebration of humankind’s fleeting mortality, personified in the cultured, yet anti-pretentious Jep. In an early scene, Gambardella has been dispatched by his paper to interview a communist performance artist, whose latest ‘statement’ involves dashing her head against an ancient aqueduct. Jep quickly cuts through the hogwash, uncovering bullshit rather than brilliance in typically mercurial fashion. His search continues.

Servillo is simply unmissable as the film’s charismatic lead; a warm-hearted, keen-minded humanist who nevertheless holds a sting in his tail for those who believe themselves above either himself or his eclectic friendship circle (one of whom is sharply rebuked after stepping out of line). The death of a former teenage fling – who’s remembered fondly and sumptuously by Jep in a series of flashbacks – serves as a timely wake-up call for the wandering wordsmith, a man who has seen a host of lovers come and go without ever finding that special someone who really mattered. So, is his dilemma purely spiritual? His failed attempts at engaging in theological discourse with a high-ranking cardinal (rumoured to have once been Europe’s top exorcist) would suggest that even the man upstairs has his work cut out with Signor Gambardella.

Luca Bigazzi’s spellbinding cinematography captures Rome at its very best, often pausing with Jep to take in the various sights and sounds of the ancient Italian capital. Indeed, we begin with a Japanese tourist so caught up with what lies in front of him that he dies on the spot. Add to this an eclectic soundtrack ranging from classical pieces such as John Tavener’s The Lamb (a recurring theme) to contemporary efforts including Yolanda Be Cool’s We No Speak Americano, and the film begins to almost overwhelm. Fortunately, Sorrentino once again proves himself to be an astute pacemaker, juxtaposing epic rooftop parties with contemplation and reflection as “little Jep” (as his editor calls him) takes stock of himself once more. Suave, sophisticated and spiritually uplifting, The Great Beauty has itself set the pace sublimely for this year’s chasing arthouse pack.