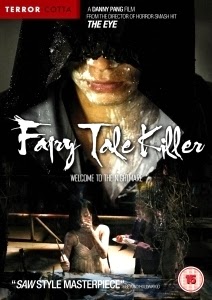 A Saw wannabe from Hong Kong-based director Danny Pang, Fairy Tale Killer (2012) sees a work-obsessed cop investigate a series of bizarre, grotesque murders that lead him closer to home than he first expected. It’s a crime mystery that falls flat on its face in its poor attempts at being complex and interesting, with scenes that should be visually impressive impaired by the surprisingly amateurish filmmaking and terrible acting. Inspired by David Fincher’s Se7en (1995) and with similarities to Fincher’s 2007 effort Zodiac, the premise of Fairy Tale Killer looks promising on paper, but disappoints in practice. 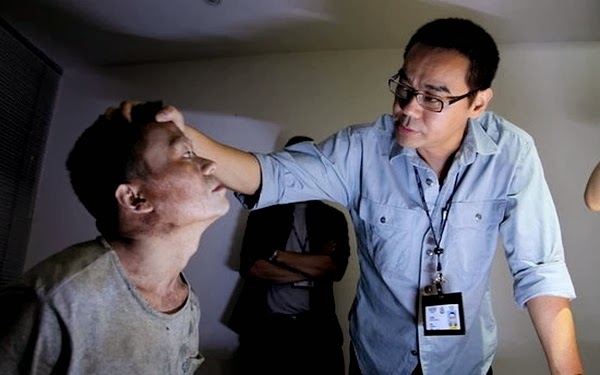 The execution of the convoluted plot turns into a laughable affair largely aided by Baogiang Wang’s ridiculous and distasteful performance as a mentally disabled murderer. The rest of the cast are marginally better, with the usually reliable Lau Ching Wan delivering the strongest, but still rather lacklustre, performance as lead police officer Han. What makes Fairy Tale Killer even more disparaging is that the director Pang is clearly aiming high here, a Hong Kong take on the convoluted and high concept serial killer thrillers from Hollywood which the like of Fincher and even Brian De Palma have made their own over the last few decades. This is none more so apparent than in the film’s ludicrously contrived conclusion.

Far too often, what should be gripping is just simply lacklustre and laughable. Fairy Tale Killer is a film that obviously had potential: an intriguing premise, a talented visual director in Pang, and a strong and powerful leading actor in Lau. Pang, alongside his brother, has proven himself a very capable horror director with several reasonable films under his belt, including 2002’s The Eye. However, despite his credentials, his latest offering fails as a result of his own direction. The visuals are flashy and obtrusive, and there’s little attention paid to creating genuine atmosphere and dread, resulting in a jaded and uninteresting thriller.