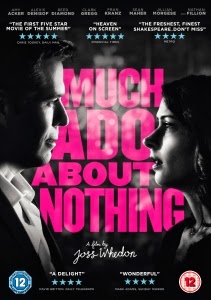 A parade of familiar faces from the television work of Joss Whedon – including the long-running success Buffy the Vampire Slayer, its patchy spin-off Angel, the short-lived Firefly and the controversial Dollhouse – fill out the cast of Whedon’s big screen adaptation of William Shakespeare’s Much Ado About Nothing. Shot in just two weeks between the completion of principal photography and the start of post-production on Avengers Assemble (2012), Whedon’s interpretation of the story is an intimate take on the material, falling somewhere between a screwball comedy and a stylish film noir. 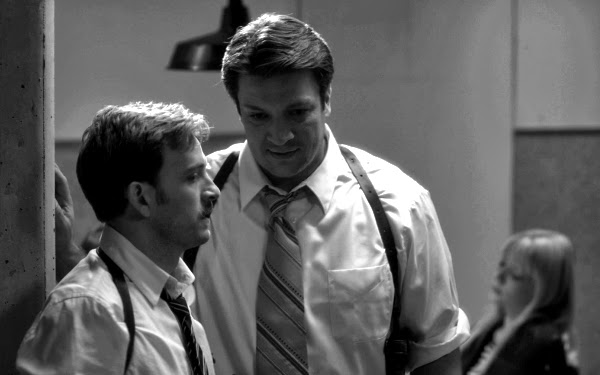 Much Ado concerns the relationships of two distinct couples: the young pair Claudio (Fran Kranz) and Hero (Jillian Morgese) and the sharp-tongued Beatrice (Amy Acker) and Benedick (Alexis Denisof). As the evil Don John (Sean Maher) schemes to keep the former from each other, Beatrice and Benedick wage a “merry war” that consists mostly of putting each other down with the utmost wit. Seeing Denisof and Acker go head to head with each other courtesy of Shakespeare’s delightful dialogue is a joy; any unease in the adaptation evaporates the moment these two come face-to-face for the first time. Even when they’re not conversing, the two mercurial leads steal scenes with some riotously over-the-top acts of physical comedy.

The cast, from Clark Gregg’s Leonato to Reed Diamond’s Don Pedro, are all on form, with Nathan Fillion and Tom Lenk delivering the most laughs as the watchmen Dogberry and Verges, performing a hilarious parody of TV cop clichés. Shot in black and white in Whedon’s own home, the film is so full of instances of people being observed through windows, doors, and other openings that it seems remarkable that the set was not purpose-built. Visually, Much Ado is sharp and light, and mostly shot to allow the cast freedom to explore their surroundings.

There are moments, however, when the actors are subdued to allow a shot of particular beauty. In one scene, Don John, Conrade (Riki Lindhome), and Borachio (Spencer Treat Clark) emerging from beneath the surface of a swimming pool at dawn; in another, Don John – cloaked in shadows – listens in to a conversation from a stairwell. If there’s one aspect of Much Ado which is weakest, it’s the score. Whedon’s first work as a composer occasionally serves the scene unobtrusively, but more often turns towards slick, samey jazz. It’s a minor issue, and certainly doesn’t derail what is otherwise a smart, comic update of one of the great stage classics.

Win a DVD copy of Much Ado About Nothing with our latest competition. Follow this link to enter.