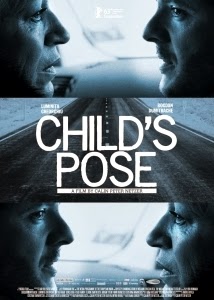 ★★★★☆
Winner of the prestigious Golden Bear at this year’s Berlin Film Festival, Călin Peter Netzer’s Child’s Pose (2013) carries on the fine social realist work of fellow contemporary Romanian directors Cristian Mungiu and Cristi Puiu in capturing a country increasingly uncomfortable in its own skin. Featuring one of the year’s best performances – female or otherwise – from the immeasurably talented Luminita Gheorghiu, Child’s Pose locks you into its complex tale of emotional (and familial) blackmail from the very beginning, whilst never feeling the need to descend into out-and-out melodramatic. 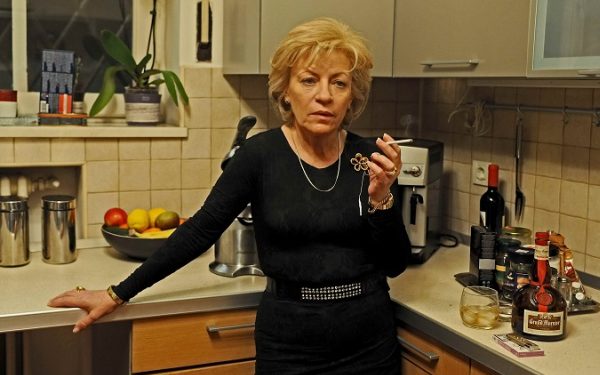 When she hears news that her beloved son, Barbu (Bogdan Dumitrache), has inadvertently taken the life of a young boy in a tragic car accident, ageing sixty-year-old matriarch Cornelia (and award-worthy Gheorghiu) rushes to be at his side. Their relationship is a complex one, with Barbu having moved out long before for a new life with his girlfriend, Carmen (Ilinca Goia) – of whom his doting mother certainly doesn’t approve. Despite her flesh and blood being unequivocally guilty of manslaughter, Cornelia must use her well-connected friends, money and influence to save Barbu from a lengthy jail sentence. However, it transpires that only a thin line lies between between unconditional love and motivated manipulation.

The Romanian judicial system has come in for some heavy scrutiny in recent years, from Corneliu Porumboiu’s blackly comic Police, Adjective (2009) through to several noteworthy run-ins with law enforcement officials in Puiu’s slowburning Aurora (2010) and Mungiu’s superb Beyond the Hills (2012). Though the mother-son relationship between Gheorghiu and Dumitrache is undoubtedly Netzer’s core concern here, he still finds time to expose the murky machinations of the police force as a whole, rife as it is with corruption and self-preservation. Cornelia plays the game, but also appears dually repulsed by their underhand tactics, acting out of a warped sense of devotion and loyalty to her darling Barbu rather than spite or malice against the dead boy’s grieving parents.

There’s little excess fat to be found on Netzer’s Bear winner (particularly given Romanian cinema’s current predication for elongated narratives) and Child’s Pose reaps the reward of this focused, character-driven approach to themes of maternal suffocation – which at times even looks like broaching the Oedipal elephant in the room. Thankfully, however, Netzer knows full well how to reign his story back in, once again zeroing in on the simply mesmerising Gheorghiu. In what’s been a strong year for world cinema releases here in the UK, this is yet another superior offering from a filmmaker growing in confidence with each passing feature.