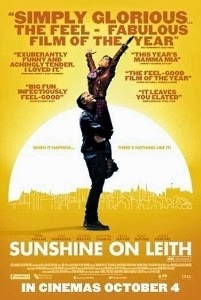 Inspired by the discography of The Proclaimers and based on Stephen Greenhorn’s stage hit, Dexter Fletcher’s Sunshine on Leith (2013) is a convivial and well-shot musical that forms a narrative and articulates the variable emotions of its characters through upbeat, crowd-pleasing pop songs to varying degrees of success. Fresh from a tour in Afghanistan, Davy (George MacKay) and Ally (Kevin Guthrie) return home to Edinburgh. At first, everything seems fine: Ally dives head-first back into his relationship with Davy’s sister Liz (Freya Mavor), and Davy strikes up a romance with Liz’s best friend Yvonne (Antonia Thomas). 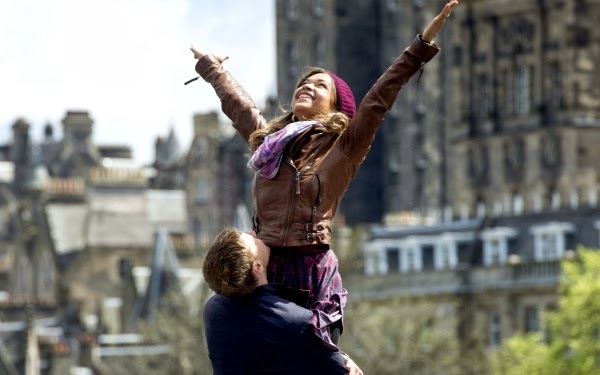 However, as time passes and they settle further back into normality, their dreams of happiness are thrown into chaos, much like Davy’s parents’ relationship, which is rocked by a startling revelation during their silver wedding anniversary celebrations. It all sounds terribly pedestrian yet Fletcher, who received wide acclaim for his feature debut Wild Bill (2012), and Greenhorn work well to ensure there’s plenty of warmth and satisfaction in the way the film comes together. The Proclaimers are used in ways that both propel the narrative forward and evoke emotions from its wide assortment of characters. Each story is as realistic as the last, but it’s the relationship between Rab and Jean that’s arguably the most interesting.

The conflicts the other characters face are mostly trivial though, and because the narrative is so embedded into the heart of the songs, it loses its grasp in a big way when the music stops. But there’s something innately charming about it nevertheless, and the cast all deliver the goods, with older hands Peter Mullan and Jane Horrocks providing heart, while the younger ones – particularly MacKay (who can also be seen in For Those in Peril and How I Live Now this week) and Mavor – establish themselves as capable talents to keep an eye on.

Sunshine on Leith’s biggest success, however, is in the way it pays homage to the glorious city of Edinburgh. The streets and sights are captured in impressively sun-draped, sweeping shots by cinematographer George Richmond, and the street scene finale is wonderfully orchestrated by Fletcher. It may not appeal to everyone, and it’s undeniably clunky and sparse in parts, but there’s a casual charm to what’s been achieved here that makes it a breezy success that will likely converge audiences in their droves.