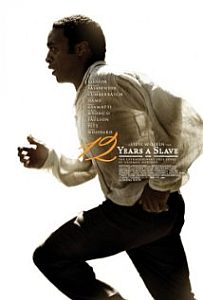 A static shot of a group of fatigued and world-weary black slaves opens Steve McQueen’s 12 Years a Slave (2013), the crowning triumph of this British filmmakers short but illustrious directorial career. A harrowing portrayal of one man’s fight for freedom in 18th century America, 12 Years a Slave sees McQueen move to a purer yet equally artistic cinematic approach, cutting to the core of America’s murky past – the true ugliness and brutality of the slave trade. McQueen here utilises the 1853 autobiography of Solomon Northup, a free man living happily in New York who is drugged and consequently sold into slavery.

Unable to protest against his situation due to the fact he has no papers to prove his freedom, Northup (Chiwetel Ejiofor) is subjugated to the vilest treatment, hiding his educated background on a fellow detainee’s advice that it will be more than his life is worth if his owners discover his skills. His existence over these twelve years shows the erosion of all Northup knew, including his family and his ability to read and write. He is only allowed to continue to play the fiddle after his first plantation owner, Ford (Benedict Cumberbatch), gives him the instrument. This is just one remnant of hope that’s ultimately ground away, leaving our beleaguered protagonist a mere shell of the man he once was: his personality destroyed, his past eradicated. 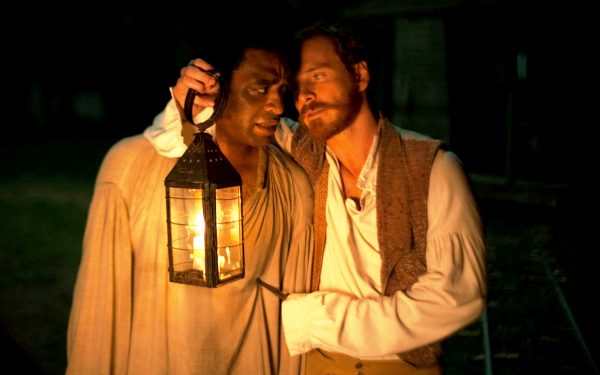 In a scene that will surely engender horror, Northrup confronts Paul Dano’s snivelling Tibeats, a cruel slave driver who takes his revenge by gathering a lynch mob and attempting to hang him. What follows is an extended sequence where Northup’s feet scramble in the mud, the slick smack of the wet earth contrasting with the slave children that play behind him. Without question, 12 Years a Slave’s portrayal of this dark age is one of the boldest and most painful yet seen. However, McQueen never stoops to ‘torture porn’; the beatings and horrors are often off-camera, with focus pulled to tremendous effect. The sound design is also extremely effective, further hinting at the unimaginable brutality Solomon must face on a daily basis.

McQueen and screenwriter John Ridley are careful to paint a nuanced portrait. Not all plantation owner are shown as plainly evil. They’re often cruel, sometimes monstrous, and always guilty, but they’re ultimately complex characters and distinctive products of their times. This becomes understood as Northrup is passed between three owners; Cumberbatch’s Ford show some kindness, but then there’s also McQueen regular Michael Fassbender’s deranged preacher Edwin Epps, a man who prides himself on breaking slave’s spirits. As much as he’s a vicious master, Epps is also a man beguiled by one woman – Patsey (Lupita Nyong’o) – much to the chagrin of his mistress (Sarah Paulson) who commits crimes of gut-wrenching cruelty out of jealously and hatred.

McQueen’s masterful approach allows us to take in all of slavery’s immeasurably abhorrent acts, as languishing shots force us to confront its lasting impact – both visually and psychologically. Be it the churning of blood-red paddles on a steamboat that ushers Ejiofor’s Solomon to his sad fate, or the cleansing of ragged wounds caused by savage whippings, McQueen asks us to witness the crimes of this inexcusable human meat trade. It’s not intended to evoke guilt, nor to be seen as a rallying cry, but rather to witness and comprehend the atrocities committed. With 12 Years a Slave, McQueen has not only created his finest work to date, but also a potential modern masterpiece.