Master dramatist Asghar Farhadi this year returns with The Past (2013), a film that’s both identifiably Iranian yet delicately contorted thanks to its foreign environs. Whilst the setting of Farhadi’s latest morality tale has been transferred from Tehran to Paris, this remains very much an Iranian film played out within a more liberal European milieu. Ahmad (regular Farhadi leading man Ali Mosaffa) returns to Paris from Iran to finalise the divorce of his previous failed marriage to Marie (The Artist’s Bérénice Bejo). In turn, Marie is soon to marry Samir (Tahar Rahim) and move her two daughters in with him and his son. 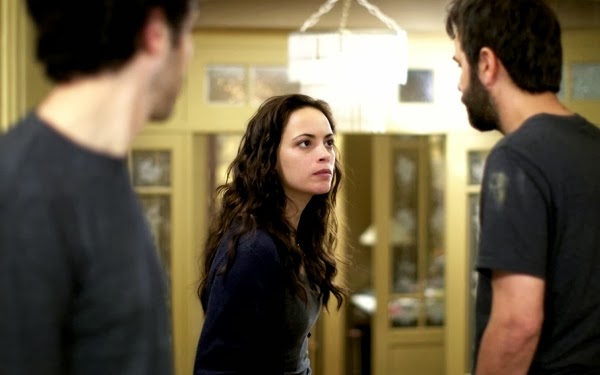 Samir is still married to another, and although his wife is in a coma after an attempted suicide attempt, speculation and spurious assumptions surround his marital status – rapidly becoming the basis of the underlying tension in Marie and Samir’s home. Ahmad arrives as the home is being redecorated, a fitting metaphor for a domestic refuge in a state of transition, with Farhadi’s aptitude for depicting imperfect people making imperfect decisions allowing him to approach melodrama with Sirk-like intelligence and subtlety. The film’s opening scene, with Ahmad collecting his luggage whilst attempting to communicate to Marie through the bullet-proof glass that separates them, is itself beautifully representative of the story that unfolds.

Farhadi’s most complex and involving narrative to date, The Past takes his focus on emotional failure/marital collapse and superimposes them against the more liberal backdrop of French society. Elements of the themes that comprised About Elly (2009) and A Separation (2011) such as divorce, pregnancy and culpability are all present, yet they’re imposed against Western moral quandaries such as depression and infidelity. Teetering on the edge of contrived melodrama, Farhardi’s unsentimental approach ensures that this tale of tightly-woven domestic tension is in safe hands, illustrating just why he’s regarded as one of world cinema’s most confident storytellers.

Set almost entirely within Marie and Samir’s home, Farhardi creates a home of anxiety rather than security, the walls damp with the condensation of repressed emotions. Whilst he orchestrates his actors effortlessly, it’s the nuanced performances of his international cast that turns this theatrical tale into such a candid exploration of the secrets and lies that bind us. A compassionately-told narrative fuelled by repressed passion, The Past marks a natural progression for Farhadi. The film’s final scene (reminiscent of the spinning top dénouement of Nolan’s Inception) does threaten to tip his latest into contrived sentimentality, yet the Iranian master’s assured direction keeps the ship afloat with great aplomb.