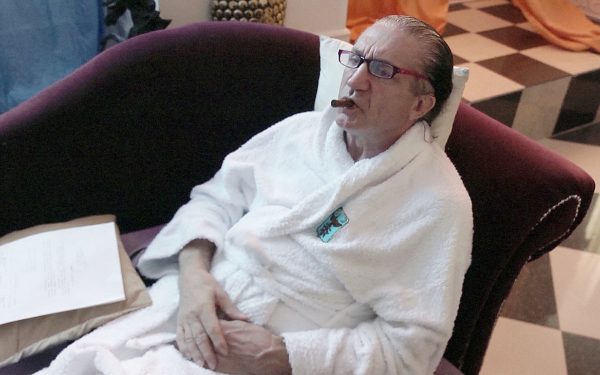 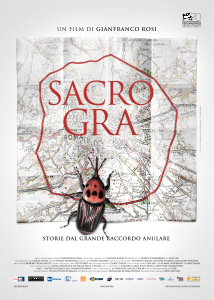 The Grande Raccordo Anulare (GRA) is Italy’s most expensive public highway; a forty-odd mile ring road that encircles the city of Rome and provides the inspiration for Gianfranco Rosi’s Sacro GRA (2013). A surprise winner of the top Golden Lion prize at last year’s Venice Film Festival, the Italian director’s latest is a gentle observational documentary exploring the people in, on, and around the famous road. The title, a riff on the Holy Grail in the original Italian (‘Sacro Graal‘), suggests a search for something profound, but instead proves a futile venture wrapped in an amusing, if unremarkable, humanist piece.

Taking in a vast and diverse range of eccentric characters, Sacro GRA amounts to little more than a collage of individual sketches that fails to ever coalesce into something greater than the sum of its parts. The subjects often provide curious and humorous glimpses at lives around the edges of the GRA, but Rosi’s underlying thesis never manifests. As such, when his latest documentary does draw to an end there’s little to reflect and muse upon. It’s like the director never quite hit on the profound realisation that he was hoping would present itself during filming. Inconsequential as it may ultimately turn out to be, it is nicely presented and there are enough moments and characters along the way to pique audience interest.

A lonely paramedic is shown comforting patients in the back of his ambulance, and this his ageing mother at home. An old eel fisherman muses on a newspaper article about eel migration; a father and daughter bicker in their minute apartment. Most bizarre is a tree surgeon assessing the populations of parasitic weevils in palm trees by using a microphone to recording their clamours, to which the audience is then treated via an eerie playback. With so many subjects, however, none is really given time to burrow into viewers’ hearts as the pesky weevils have done to the unwitting palms.

Unlikely to appeal to many people outside of documentary enthusiasts, Sacro GRA never hits on that elusive unifying theme that might explain why it is that all of these people are appearing in a film together and why an audience should be interested that they are. Naturally, the road itself is supposed to provide a through line, but when only linked by vague geography, the individually fascinating subjects never equate to an enthralling whole. It remains charming throughout, however, and there are poetic instances in the lives of this odd-ball collective even if it doesn’t really amount to very much in the end.

Sacro GRA screens as part of the DocHouse strand at Riverside Studios on 24 January, 2014. For more info, visit dochouse.org.