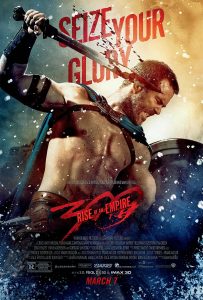 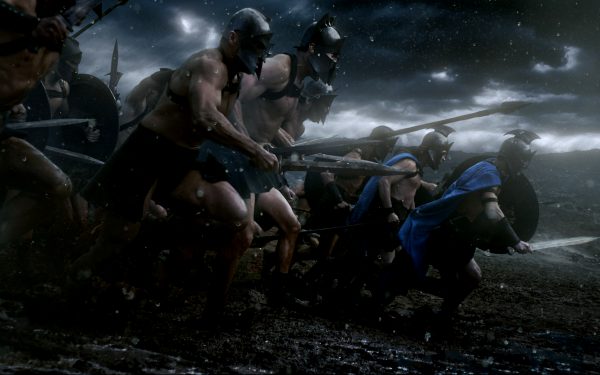 This time it’s Sullivan Stapleton’s Themistocles who’s charged with defending Greece against the marauding hordes of the God-king Xerxes (Rodrigo Santoro). In a rare foray into historical accuracy, events occur in tandem with the Spartan stand of the original. Themistocles must defeat Xerxes’ naval commander, Artemisia (Eva Green), while Leonidas and his soldiers fight in the shade. Backstory reveals that our hero, and his killing of previous Persian king Darius, is the reason for Xerxes’ invasion and that it is whispered manipulation by Artemisia that has convinced him to mobilise his army. Unlike the inherently cinematic Battle of Thermopylae, however, the rest of Xerxes’ campaign doesn’t quite translate to the 300 universe.

Themistocles – more of a political beast in truth – is forced firmly into the Leonidas mould, and sadly Stapleton is unable to replicate Gerard Butler’s bone-crunching charisma. Equally, the action is mishandled with the decision made to forgo the thrill of naval battle in favour of shunting ships together so that the hand-to-hand combat can begin. That the fighting then feels highly derivative of the first film without ever doing anything exciting or new adds to a mounting sense of fatigue. Snyder has just a writing credit on this film with Noam Murro taking the directorial reins, and whilst this may have been due to commitments elsewhere, it could also have easily been down to the lack of strong vision for the film.

Based on an as yet unpublished Miller sequel, the original’s quotable lines are replaced with po-faced speeches about freedom and democracy, whilst the chosen palette – all greys and blues – is dark, dull, and tiresome. That the only interesting character, Artemisia, is reduced by flashbacks of rape and plunder to a harpy lusting for vengeance sums up the missed opportunities. Quite besides any qualms about its politics – and people may well have those – 300: Rise of an Empire never gets close to living up to its predecessor in the entertainment stakes. For all of its many flaws, Snyder’s film was brimming with style and swagger but this follow-up lacks both. This isn’t Sparta.