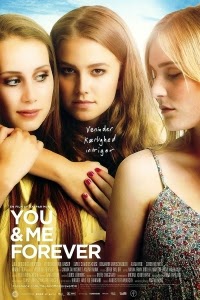 Teenage rebellion is a well-documented phenomenon and one that plays particularly well on film, where bright, sexy images can be used to punctuate the sound of tutting adults. Kaspar Munk’s Danish offering You & Me Forever (2012) fits neatly into this sub-genre, obeying most of the conventions that we know – intense platonic friendship, interloping third-parties, burgeoning sexuality and parental concern – without ever really challenging that set of rules. Munk appears to follow the age-old adage ‘If it ain’t broke, don’t fix it’, leaving the narrative somewhat pedestrian. Thankfully, the film’s vivacious performances and visual aesthetic are there to pick up the slack, elevating this Scandi drama above the pitfalls of imitation. 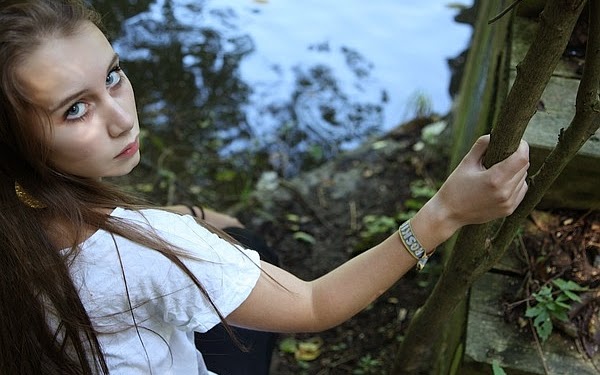 You & Me Forever charts the friendship between Danish teens Laura (Julie Anderson) and Christine (Emilie Kruse), which is interrupted when wild child newcomer Maria (Frederikke Dahl Hansen) begins to vie for Laura’s attentions and affections. It’s hardly an original premise and, as the film goes on, Christine is eventually marginalised to the peripheries of the narrative. As a result, each time we see her there’s a moment of struggling recognition (she gets a truly pointless sub-plot, to boot). Meanwhile, the real action is taking place with Laura and Maria, who get up to the sort of antics that will have some frowning like an anxious parent. It’s a fairly full-on look at the teenage desire for freedom, and is at its very best when it’s challenging preconceptions headlong, on an intensely intimate level.

Unfortunately, Munk’s film suffers from inadvertently recalling such noughties teen-dramas like Sugar Rush and even Hollyoaks. At times, this veers on the sensation of looking through a modern languages textbook and seeing little baggy jeans wearing German children who look like they’ve strolled in from the 1970s. This romanticised view of New York, nightclubs and street art feels like something of a throwback, and is unlikely to wash with a modern international audience. But the acting from the leads is universally good, particularly a terrific Julie Anderson. While Munk’s attempt to introduce a male character falls prey to the Sam Mendes school of teenage boys (there’s a strong American Beauty influence throughout), the adolescent cast take the material on in a bold and strikingly confident manner.

Anderson and Dahl Hansen feel like the stars of the show, and our sympathies are gained, dispatched and recovered with total conviction. The film is also, it should be mentioned, beautifully shot. Though this is fairly standard coming-of-age fare, its visual aesthetic is more Vinterberg or von Trier than John Hughes. It’s too easy a joke, but, in many ways, this film is something of a ‘Dogmean Girls’. As a result, the film’s target demographic is hard to discern – it’s too dark and po-faced for the age group its portraying, and too irritatingly youthful to find many fans amongst genuine grown-up adults. In the end, Munk’s You & Me Forever falls between two stools – a shame, as there’s much to admire.