Film Review: ‘Miss and the Doctors’

★★★☆☆
Like a sanitised French take on David Cronenberg’s superb gynaecologist drama Dead Ringers (1988) but with all the psychosexual undertones stripped away, Miss and the Doctors (2013) isn’t afraid to keep its story small. Its sibling doctors – though not twins this time around – do indeed fall for the same woman, but it’s a love triangle that never comes to true fruition. The second feature from Parisian Axelle Ropert (her previous being 2009’s The Wolberg Family), and starring Cédric Kahn, Laurent Stocker and Louise Bourgoin, this is a quiet but largely successful middle-class drama, as relationships both inside and outside of the brothers’ surgery fluidly intermingle beyond their control. 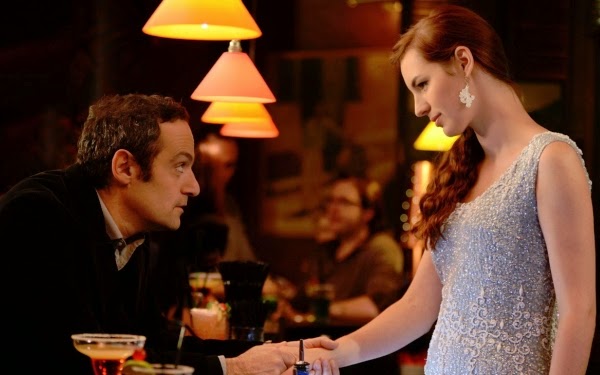 Fortysomething siblings Boris (Kahn) and Dimitri (Stocker) share a pediatric practice in a working-class Parisian arrondissement. They’re close, both in terms of their relationship and their living proximity, and one night head out together on a call to visit a young diabetic patient. The brothers find themselves bewitched by the girl’s barmaid mother, Judith, (Bourgoin), despite the fact that she leaves her dependent daughter Alice (Paula Denis) alone late at night whilst working. Dimitri, meanwhile, has his own personal matters to attend to which include attending evening support groups for his past alcoholism. Here he meets awkwardly meets a patient, throwing into doubt his status as a professional. A blow to Boris and Judith’s potential union also emerges in the form of Alice’s father.

It’s in the late night Chinese restaurants of the French capital – rather than the pristine postcard backdrops we’re so frequently fed on-screen – that Boris and Judith’s romance plays out, with Dimitri offering only a fleeting alternative to his arguably more dashing frère. And yet, as with the aforementioned Dead Ringers, it’s the film’s fraternal machinations that prove most interesting. For her part, Bourgoin (last seen in disastrous Pierce Brosnan/Emma Thompson comedy The Love Punch) offers vulnerability in spades, but there’s always the nagging sense that she’s simply there to be rescued by either one of “Dr. Pizarnik 1” or “Dr. Pizarnik 2” (as they’re jokingly referred to), rather than being a viable independent single mother. Able support comes in the form of periphery patients Charles (journeyman actor and director Serge Bozon) and M. Perez (Gilles Gaston-Dreyfus), though Kahn and the particularly sympathetic Stocker are the clear standouts. Clichéd yet likable, Ropert favours warmth and heart over conflict and invention – and just gets away with it.