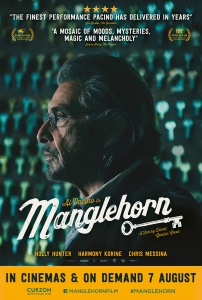 ★★★☆☆ David Gordon Green has to have one of the most eclectic directorial résumés of recent times. From stoner comedies like Pineapple Express (2008) and […]

★★☆☆☆ When Ulrich Seidl unveiled plans to make a documentary on everyday Austrians and their relationships with their basements, almost everyone jumped to the conclusion […]