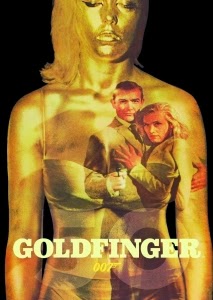 Celebrating the 50th anniversary with a special gold-rimmed Steelbook, it’s easy to see why Guy Hamilton’s Goldfinger (1964) remains, for many, the quintessential 007 outing. Bond’s tussle with bullion dealer Auric Goldfinger (did he get into the trade due to his surname, or was it a coincidence?) is a handsome affair which oozes class and represents the ultimate in cinematic flight of fancy, due in part to John Barry’s opulent and audacious score, plus Sean Connery’s incomparable screen magnetism. While the film represented something of a gamble for MGM at the time for a franchise in its early stages (the £2 million budget was equal to those of Dr. No and From Russia With Love combined), it worked. 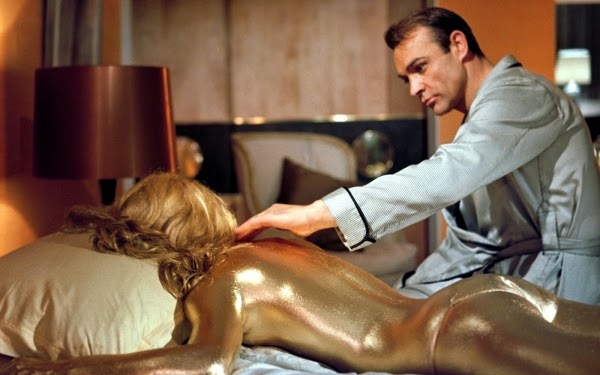 Many of the most iconic moments from the world of Bond can be found here. There’s the introduction of the Aston Martin; Bond tethered to a table whilst a laser creeps towards him; a victim entirely daubed in gold and the most glaring double entendre in the whole series (Pussy Galore, played with a sly sexual prowess by Honor Blackman). The fact that Mike Myers seems to have cribbed most of the material here for his Austin Powers trilogy speaks volumes about the popularity and influence this third entry in the franchise holds. If the action scenes look incredibly quaint compared to the latter films in the series, particularly Craig’s recent outings, they’re still surprisingly well-executed (save for those sped-up frames) and made with a sturdiness and craftsmanship which is largely absent in the modern CG-dominated era.

Amongst those many positive attributes which offer up a nostalgic glow, there’s a troubling side to Hamilton’s film represented in the kind of accepted casual misogyny of the era. The moment when Bond nonchalantly slaps the behind of his female masseur as she exits the shot is uneasy viewing now. However, those elements of Goldfinger are an archaic sociological blip on an otherwise undisputed classic, and should be viewed within the context of that time. This new package will undoubtedly appeal first and foremost to Bond aficionados, yet for those who have been inundated by the film, due to its multiple appearances on terrestrial television throughout the years, this stunning 2009 high-definition transfer offers the opportunity to see one of 007’s most memorable adventures in a the best possible way – and for your eyes only, if desired.